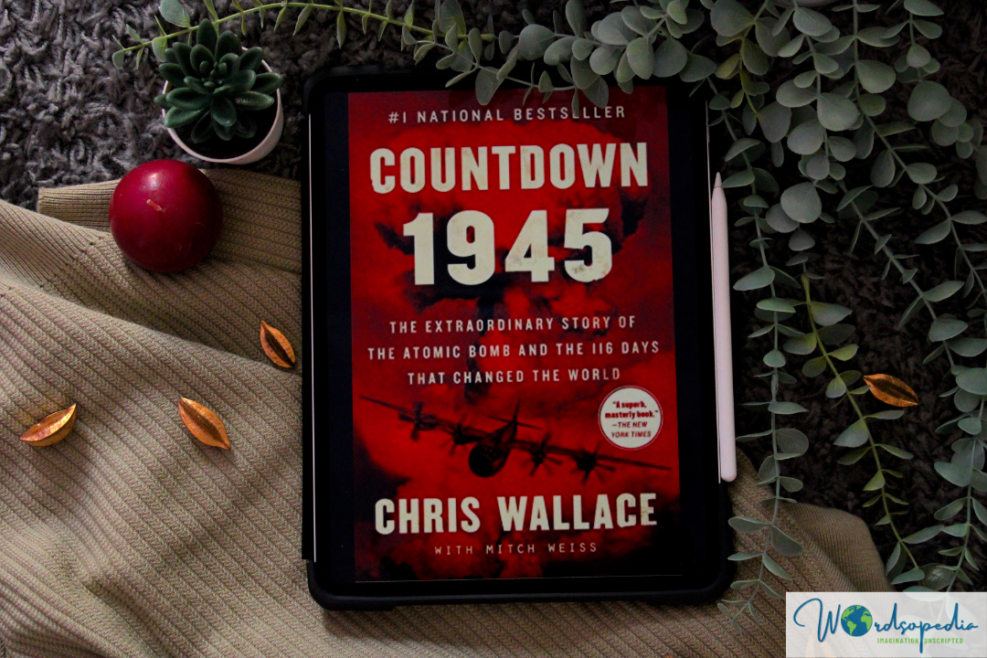 Countdown 1945: The Extraordinary Story of the 116 Days that Changed the World is the account of the days leading up to the most horrendous act of the bombings of Hiroshima and Nagasaki during the Second World War. Chris Wallace, a veteran journalist, presents a detailed narrative bringing to light the activities which happened behind the scene. We get to understand the processes and the people behind Little Boy, Fat Man and Enola Gay.

The atomic bombs on Japan are one of the most shameful and harrowing episodes of our existence. Though it led to the end of Second World War, it also left behind a trail of death, destruction and disaster.

Beginning with the sudden demise of FDR, and the appointment of Truman as America’s President, Wallace recounts chronologically the 116 days prior to America’s attack on Japan. Statements from the key people involved with the Manhattan Project, like the scientific officers and army personnel, bring a deeper perspective to the narration. His interactions with reporters, journalists, flight crew, survivors and even civilians make the account more authentic and well researched. He sheds light on what went behind making the bombs, and the decisions taken by the key people involved. The black and white photographs helped me see the faces behind the names. The stories of Ruth, Hideko, and Tibbets are painful and piercing.

Wallace’s reportorial style of fast-paced writing made it easier to read. Though the narrative is fairly well balanced, it is impossible to miss his American pride and patriotism. Countdown 1945 is not a comprehensive read on the subject, but a fairly well brought out and interesting narrative of the events leading to the atomic bombing.

Christopher W. Wallace is an American television anchor and journalist who is the news anchor of the Fox News program Fox News Sunday. He worked for NBC as a White House correspondent and anchor for NBC Nightly News and host of Meet the Press.

Islands in the Stream

The Art Of Racing In The Rain