The Art Of Racing In The Rain 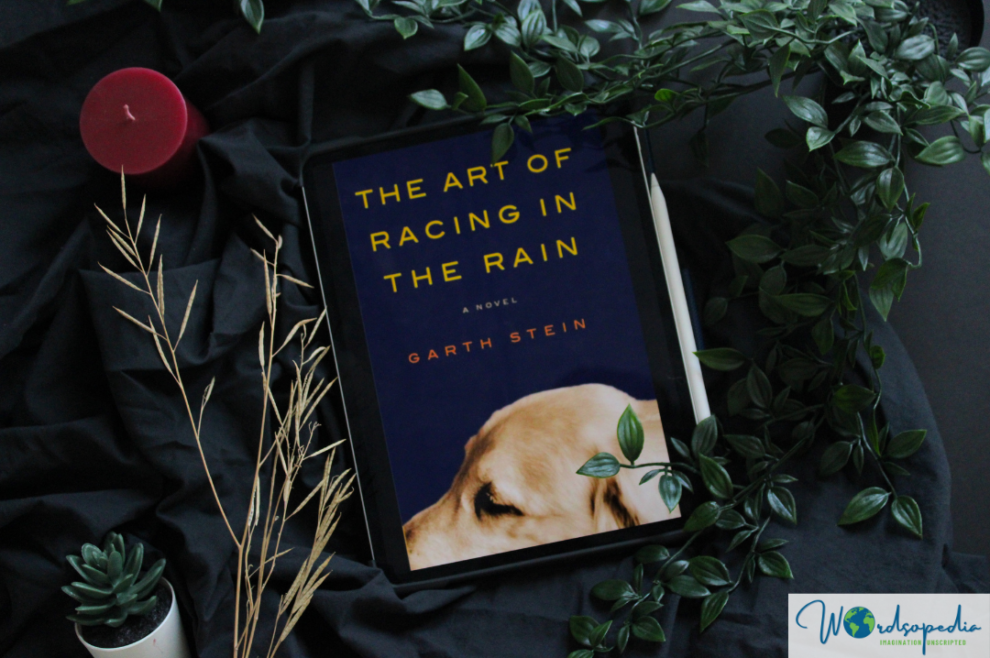 The Art Of Racing In The Rain by Garth Stein is one of the most beautiful books I’ve read in a while. It is inspirational, heart-breaking and wonderful at the same time. I know it’s too many adjectives in a single sentence, but couldn’t help it! After all, is there anyone who can resist a book where the narrator is a smart and adorable dog? Yes, Enzo, the protagonist is a mixed-breed canine and named after the legend Enzo Anselmo Giuseppe Maria Ferrari.

The book starts on an emotional note as Enzo is on his death-bed, and is reliving his life by narrating it. The story revolves around him, and his pet parent Denny who is his best buddy too. They share a beautiful bond of love and friendship.

Denny is a racer, and Enzo is an integral part of his racing life. He treats Enzo as a human, and talks to him as he would with another human, sharing mundane details of his life, or sitting and watching videos together. Enzo talks to Denny all the while, but of course, Denny can’t hear him. Underneath, the woofs and barks are Enzo’s perfect responses and replies to Denny’s queries.

Enzo’s life changes with Denny’s marriage to Eve. Their bitter-sweet relationship brought tears to my eyes. The story further is how their lives change because of an unforeseen and tragic event. Denny picks up the shattered pieces and rebuilds from scratch. And in all his struggles, Enzo is right by him—his understanding friend, and forever companion.

Stein’s writing is brilliant. The analogy between a racing track and life is deep and thought provoking.

From the first chapter, the reader knows what to expect in the end; yet it doesn’t stop one from being invested. Enzo is the perfect narrator for this story. It wouldn’t have been the same if it had been told from a human’s POV. He is witty, loving, understanding, wise and philosophical. His vocabulary and general knowledge are impressive.

The Art Of Racing In The Rain has a wonderful storyline. The lovable relationship between the protagonists and well-developed characters adds to the beauty. However, the best part is the emotional quotient, and a fruitful ending.

If you are a dog lover, you will definitely love this book. And if you are not, you will fall in love with dogs!

Garth Stein is the internationally bestselling author of the contemporary classic, The Art of Racing in the Rain, the story of a beloved philosopher dog named Enzo who teaches us everything we need to know about being human. The book was adapted into a major motion picture starring Kevin Costner, Milo Ventimiglia, and Amanda Seyfried. The Art of Racing in the Rain has sold more than 6 million copies world-wide, been translated into 36 languages, and spent more than three years on the New York Times bestseller list, topping out at #1. The novel inspired a Young Reader edition as well as four children’s picture books, and a stage adaptation by Book-It Repertory Theatre in Seattle.

Usha and the Big Digger