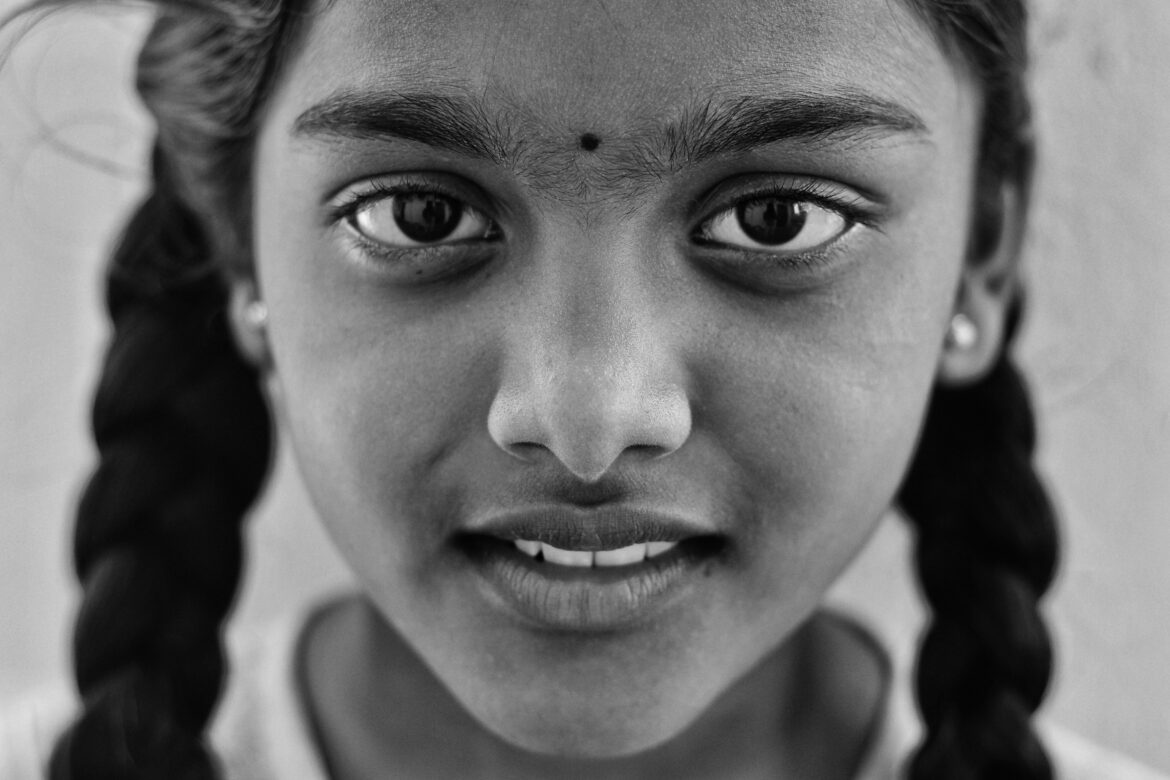 It was another hot day. The heat had dulled her senses, yet her hands moved mechanically.  “Mummy, it’s so damn hot, the AC’s not working!” Gudiya sighed on hearing Tanaya’s screams. A salty river flowed underneath her frock, but she dare not complain.

Her mouth watered. I wonder how the kebabs taste.

“Where’s the dinner!?” Mrs. Malhotra glared. Peeling her eyes away from the tray, Gudiya handed it over. She feared her surly mistress. The women in her shanty fought, argued and abused each other, but only because they were poor, hungry and desperate; unlike her rich mistress.

“You hungry?” Gudiya’s heart leapt in joy at her madam’s concern, but the next moment, she felt her eyes moisten. “Here,” Mrs. Malhotra thrust a plate of stale chapatis and leftover curry, and sauntered to the dining room.

“Gudiya, we’re dying of hunger!” she hollered from the dining table. A grave chuckle escaped Gudiya’s mouth. Dying of hunger?! I wish you knew how that feels.

Ignoring the tears trickling into the curry, she gave it a quick stir and served it.

“Ew mummy, she stinks.” Tanaya scrunched her nose, “doesn’t she ever shower?” It’s been three days since we got water. Gudiya opened her mouth to answer, but saying nothing, she veered towards the kids’ room. I wish I had nice clothes too, and could shower daily.

Mr. Malhotra looked up from his plate, “Clean my room first.” As always, his eyes were not meeting hers but lingering a little below. I wish you turn blind, muttering a silent curse, Gudiya obeyed his command.

The master bedroom gave her jitters. It reminded her of the day when he had pinned her down, forcing himself on her. Terrified and ashamed, she had run to her shanty. Unfortunately, crisp notes exchanged hands, and in no time she was back. Her step-mother, content with the settlement, turned a blind eye to Gudiya’s trauma.

Gudiya forced herself to finish the pending tasks. Ignoring her grumbling stomach, she chucked the stale chapatis into the bin. She rued at her fate as she transferred the kebabs, curry, and biryani into the fridge. The aroma was making her nauseous now. She knew she would get to eat them the next day. I wish someday, I can eat fresh food too.

Her timid frame walked away from the joyous voices in the rich mansion to her dark shanty; the world where she belonged, and yet she belonged to none. I wish Ma could love me as her own.

She froze in disbelief upon entering her lane; women stood jostling around the long-awaited water tanker. She was in for more shock. Her step-mother welcomed her with a hug, gave her a new frock and served hot biryani.

An unknown glee filled her face as she realised her wishes were coming true. Underneath the momentary happiness was a dull pain in her heart and a lump in her throat which refused to go away. I hope not all my wishes come true…

The Teacher who believed in Magic

My day with Gong Gong