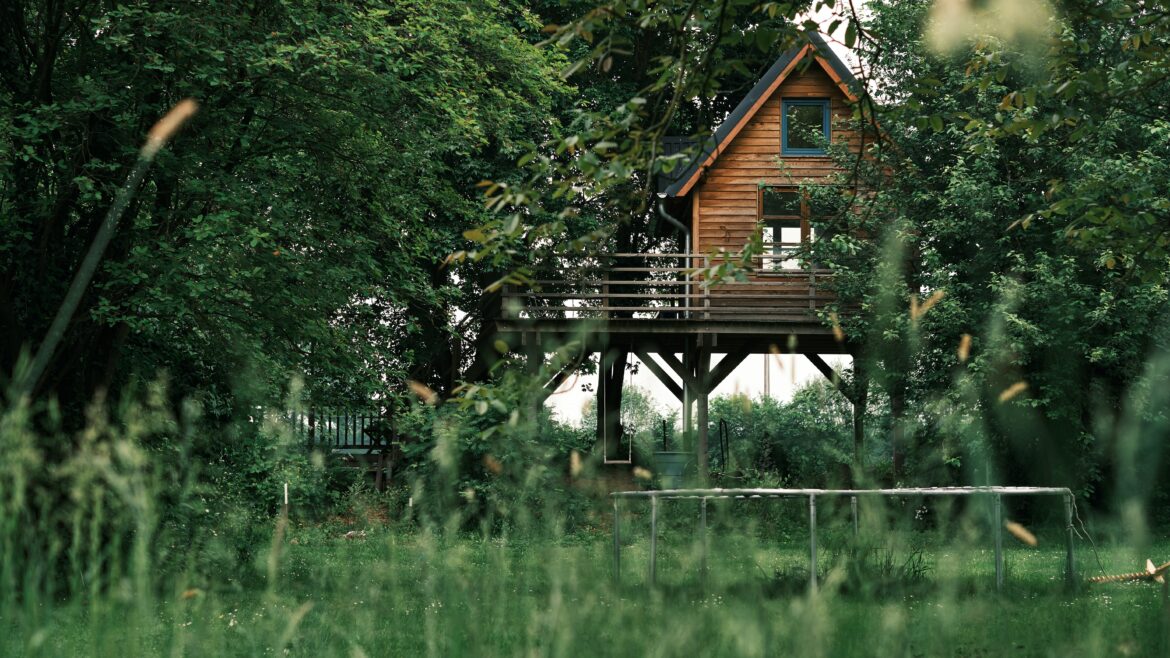 Jai entered the house noiselessly. He knew the twins would be huddled under the tent, enjoying story time. He took off his shoes and crawled on all fours. “Boo!”

The children squealed, hugging him.

“Mummy’s telling us the story of a magical land!” Milli chirped.

“Yes! It even has a treehouse! Can you build one for us?” Sid grinned.

Jai’s lips quivered, and beads of sweat formed on his forehead. He shuddered and raced out. Even though Sandhya realized Jai was troubled, she attended to the disappointed children first; distracting them with dinosaur tales.

Jai had cocooned himself in the bedroom. Sandhya let out a silent gasp when she saw Jai curled in a fetal position, whimpering and shivering. She sat down next to him, covering him with a blanket.

“Are the kids upset?” His knuckles turned white as he clutched the soft fabric.

But Jai remained silent and withdrawn.

“How can I help?” Sandhya’s calm voice soothed his frayed nerves.

“I’ve failed as a father.” Jai sat up, leaning against the headrest. His eyes had a dark, vacant look.

“You haven’t! Remember, the kids even gave you a ‘best dad in the world’ card on your birthday.” Sandhya squeezed his hands.

“I don’t deserve that title.” Despite his gruff tone, Jai appeared drained and defeated.

“What happened? I’m getting worried now.”

“I cannot permit the kids to have a tree-house.”

Sandhya waited for Jai to voice his pent-up feelings.

“You remember how I would panic during our courtship days? Even your touch would send a wave of terror…’

Sandhya had never forgotten those days. It had taken them a long time to get physically close.

“There’s something you don’t know. It happened long ago, when I was just 6. We were at granny’s place during summer vacation. They had a vast garden with plenty of trees, swings and a big tree-house.” Jai swallowed a rising lump and continued, “Their gardener… he a-a-abused me in the tree house.”

Jai hugged his knees, rocking back and forth. “I was so scared… It was horrible and painful.”

“But the worst part is when my parents didn’t believe me. They called me a liar and slapped me. They warned me to never speak about it. And I never did! But when our kids mentioned the tree house today, the horrible memories gushed out.”

Sandhya said nothing, but her embrace conveyed more than words ever could.

Jai woke up to a nice aromatic coffee.

A small yellow paper on the bed-side table caught his eye – ‘Sorry Papa. Please don’t be upset. We don’t want a treehouse.’

Oh, my goodness! My children are willing to sacrifice their dreams for my sake.

Tears of guilt trickled down his cheeks.

I’ll seek medical help. I’ll do whatever it takes to face my fear, but I’ll not break their heart.

Barefoot, he raced out, calling out to the kids. “Milli, Sid, where do you want the treehouse?”

Storge – is derived from the Ancient Greek word storgē. It refers to familial love, natural or instinctual affection such as the love of a parent towards their offspring and vice versa.