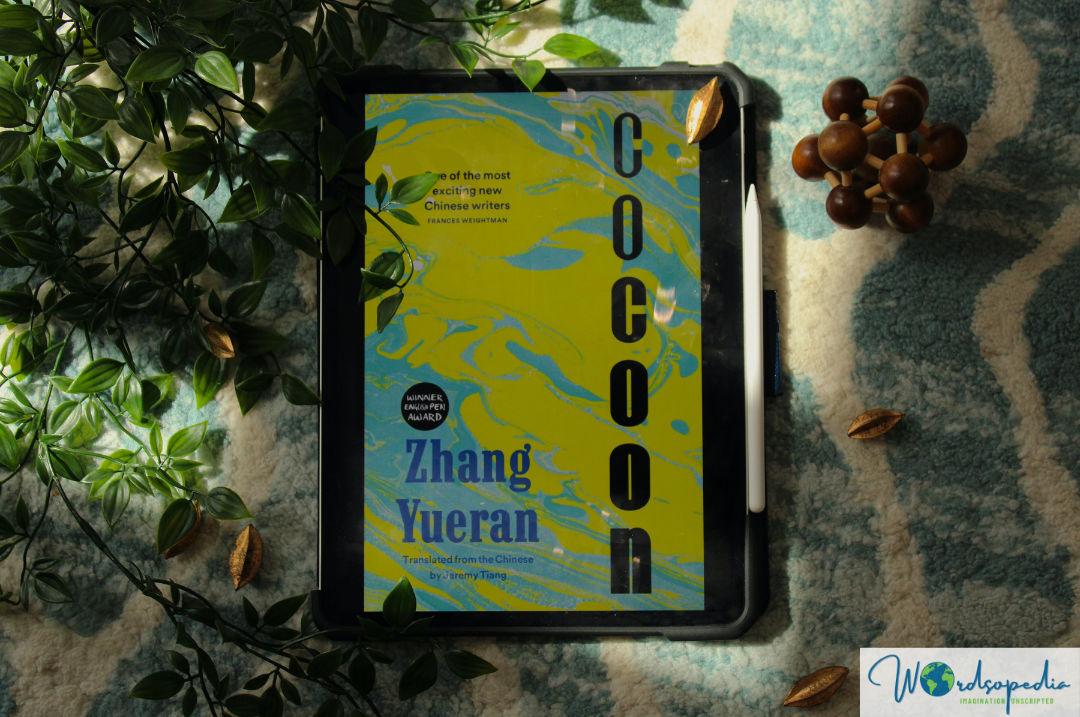 Set in China, The Cocoon by Zhang Yueran is a complex and tragic story of families, inter-generational trauma, secrets, inherited guilt, and redemption. It is an interesting mesh of both the personal and the political.

The socio-political movement–the Chinese Cultural Revolution and its impact on people form the backdrop of the story. The English translation is by Jeremy Tiang.

Cocoon is set in present-day China, but the past is very much a part of the present. Two childhood friends get together on a snowy evening and unravel the intricate web of secrets that had caused them to fall apart. Li Jiaqi returns to her childhood home after decades to take care of her dying grandfather, a renowned surgeon. After his demise, she visits her estranged friend, Cheng Gong.

Over the course of the evening, they open to each other, discussing their childhood friendship and the circumstance that drove them apart. Through their conversation and alternating perspectives, we learn their stories, their different societal status, family structures, strained familial ties, and a gruesome crime committed in the 1960s that ties these two characters and their families.

The prose is poetic, almost lyrically layered in flow. Yet the mood is strangely bleak and melancholic. The hard lives of the protagonist make for a profound and intriguing reading experience.

The title is quite interesting and aptly depicts Jiaqi and Gong’s lives.

There are many characters in this novel, and sometimes I got confused by the names.

Navigating through the dual non-chronological flashbacks was a bit challenging. At times, it was difficult to define and separate the speakers because of similarities in their struggles and storylines.

The first half of the novel is very slow, and I stopped reading more than once. It is only after crossing the halfway mark that the events begin to crystallize.

I don’t know why this novel is being presented as a literary thriller. It’s quite misleading. Labeling it as literary fiction would be more suitable and justified.

Cocoon is a wonderful work of literary fiction. Readers who enjoy books simmering with complex family dynamics, in-depth characters, or contemporary literature set in China will appreciate this book.

I received a free copy of this book from World Editions through NetGalley in exchange for an honest review. This does not affect my opinion of the book or the content of my review.

Zhang Yueran was born in 1982 in the city of Jinan, Shandong Province. She began writing at 14, and as a high school student, won first prize in the nationwide New Concept Composition Competition. After studying English and law at Shandong University, she completed a graduate degree in computer science at the National University of Singapore. Zhang Yueran is one of China’s most influential young writers. She has published two short story collections: Sunflower Missing In 1890 (2003) and Ten Loves (2004), and three novels: Distant Cherry (2004), Narcissus (2005) and The Promise Bird (2006), which was named the Best Saga Novel 2006. Her other awards include the Chinese Press Most Promising New Talent Award (2005), the Spring Literature Prize (2006). and the “MAO-TAI Cup” People’s Literature Prize (2008).

My Name is Ona Judge