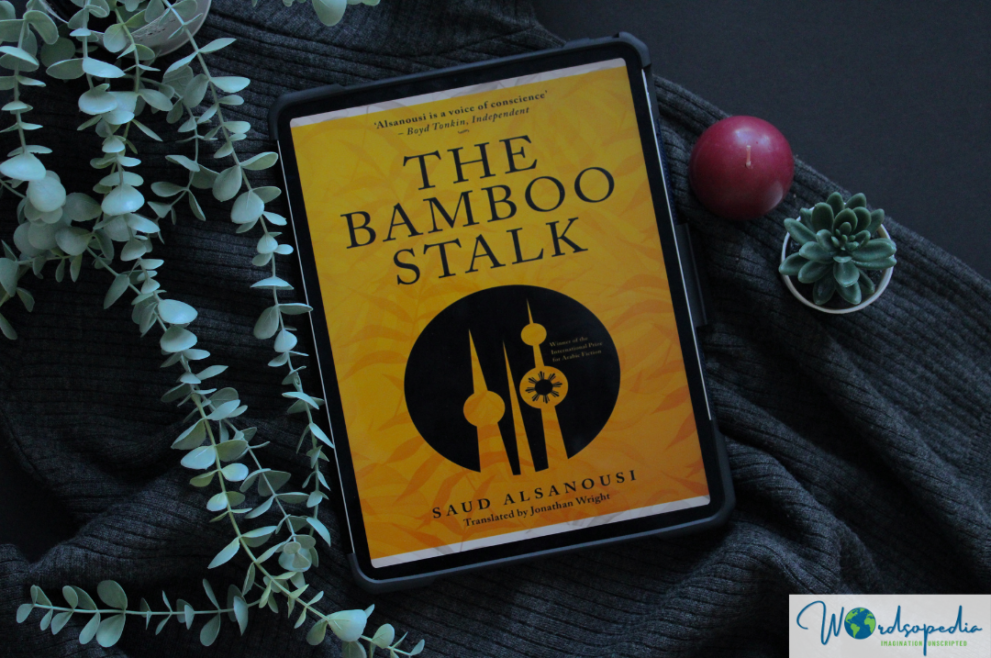 The Bamboo Stalk by Saud Alsanousi is a coming-of-age novel set partly in Kuwait and Philippines. Originally written it in Arabic, the English translation is by Jonathan Wright. The Bamboo Stalk is the winner of the 2013 International Prize for Arab Fiction, chosen both for its literary qualities and for “its social and humanitarian content.”

The story starts with Josephine, a poor Filipina who moves to Kuwait to work as a domestic servant in a rich and influential family. She works hard to support her father and siblings whom she has left behind. Her life is a struggle in Kuwait because her mistresses ill treat her. Rashid, the only son, is kind to her, and in no time, Josephine falls in love with him.

José Mendoza, the main protagonist and narrator, results from the union of Rashid and Josephine. Unfortunately, the matriarch refuses to accept him as he is not of pure blood. Rashid is forced to send his new born and Josephine back to Philippines, but with the promise that he will arrange for his son to move back to Kuwait when the time is right. Josephine lives with the belief that Rashid would fulfill his promise, and keeps reminding José he is not a bastard.

One fine day, José lands in Kuwait with plenty of dreams and hopes. Sadly, the events which occur are far from the rosy picture of love and acceptance his mum had painted. Having grown up as a misfit in the country of his mother’s birth; his troubles don’t cease as in his father’s land either. He is seen as a foreigner despite holding a Kuwaiti passport. Caught between two worlds, José leads a conflicted life. He struggles with his appearance, identity and religious affiliation.

The title beautifully summarizes the life of the main protagonist.

Alsanousi’s writing is well-researched and brings the two different cultures to the front. He has successfully woven the geographically far-flung nations together. The author has brought out the contrast between the two societies and cultures remarkably. He is brutally honest in his portrayal of Kuwaiti society, right with its deep-rooted elitism and focus on social standing. The author doesn’t mince words when it comes to showing the class disparity, and the indifference meted out to immigrants. He has portrayed all the characters in a detailed manner, and their progression over the story comes out clearly.

The last chapter is the cherry on top, as the author connects it perfectly with the first; giving the story a closure. The ending is bitter-sweet as José’s struggles and confusions end, and he is able to accept the realities of his life.

Readers who are familiar with either of the two cultures can connect more deeply with the story. For others, it’s a wonderful learning experience. To me personally, the parts which are narrated in Kuwait were a visual treat as I could understand the customs, identify the places, and felt like being amongst the characters.

My only complaint would be regarding the translation. It felt jarring and failed to convey the emotions in a few places, but despite that shortcoming The Bamboo Stalk is a well-written piece of literary fiction. It sheds deep insights on conflicts, cultures, loss and longing.

Saud Alsanousi is a Kuwaiti novelist and journalist. His debut novel The Prisoner of Mirrors won the Leila Othman Prize. In 2011, his short story The Bonsai and the Old Man won a competition organized by Al-Arabi magazine and BBC Arabic.

Islands in the Stream