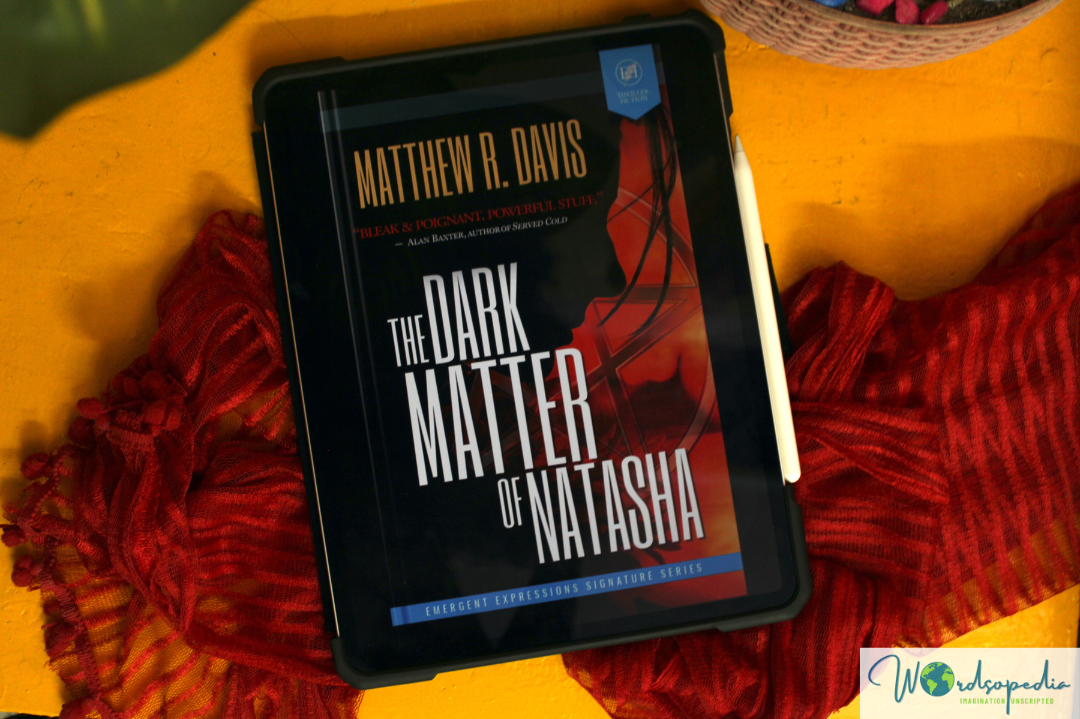 The Dark Matter of Natasha by Matthew R. Davis is a psychological thriller, and as the title suggests, it is dark. (Honest confession—it is much darker than I could handle!). This coming-of-age story is filled with a sense of deep sadness and a gnawing horror that refused to leave me, even after I had slammed the book shut. Set in Lunar Bay, the story combines teenage troubles, sex, rape, drugs, and other unimaginable horrors disturbingly.

The story starts when the unnamed protagonist, a seventeen-year-old, moves to Lunar Bay with his mother, who manages a caravan park. The teen attends a nearby school, and in his free time helps his mother. During one such evening, when he is on his usual rounds around the park, he comes across Natasha—another local teen who is infamous for her association with sex, drugs, and heavy metal. When she invites him to smoke pot with her and leads him to ‘her’ place — a junkyard under the town bridge  — he proceeds with her despite his apprehension.

The teenage who has been recently ghosted by his girlfriend finds a thrilling comfort in Natasha’s company. As he gets to know more about her tragic present and past, many confusing emotions replace the thrill. Gnawed by helplessness and a grave sadness, he tries to do his best for Natasha. Unfortunately, not every story can have a happy ending…

Natasha’s character sketch reveals Davis’s passion and skill. It is easy to sympathise with her and understand why her life is the way it is. I really felt for her and wished for a ray of light in her dark life. Unfortunately, Davis played evil, sigh!

The pace is fairly good, even if the narration is repetitive—drugs, sex, drugs, sex… and it goes on and on in a loop.

Though the graphic descriptions of sexual assault give flesh to Natasha’s characterization and her story, it was too much for me to handle.

Despite it being a psychological thriller, I didn’t find it thrilling. Rather, it was a drain on my psyche. The Dark Matter of Natasha is way too dark for me!

I received a free copy of this book from the publisher for an honest review. This does not affect my opinion of the book or the content of my review. This review is part of  #TheWriteReads #BlogTour 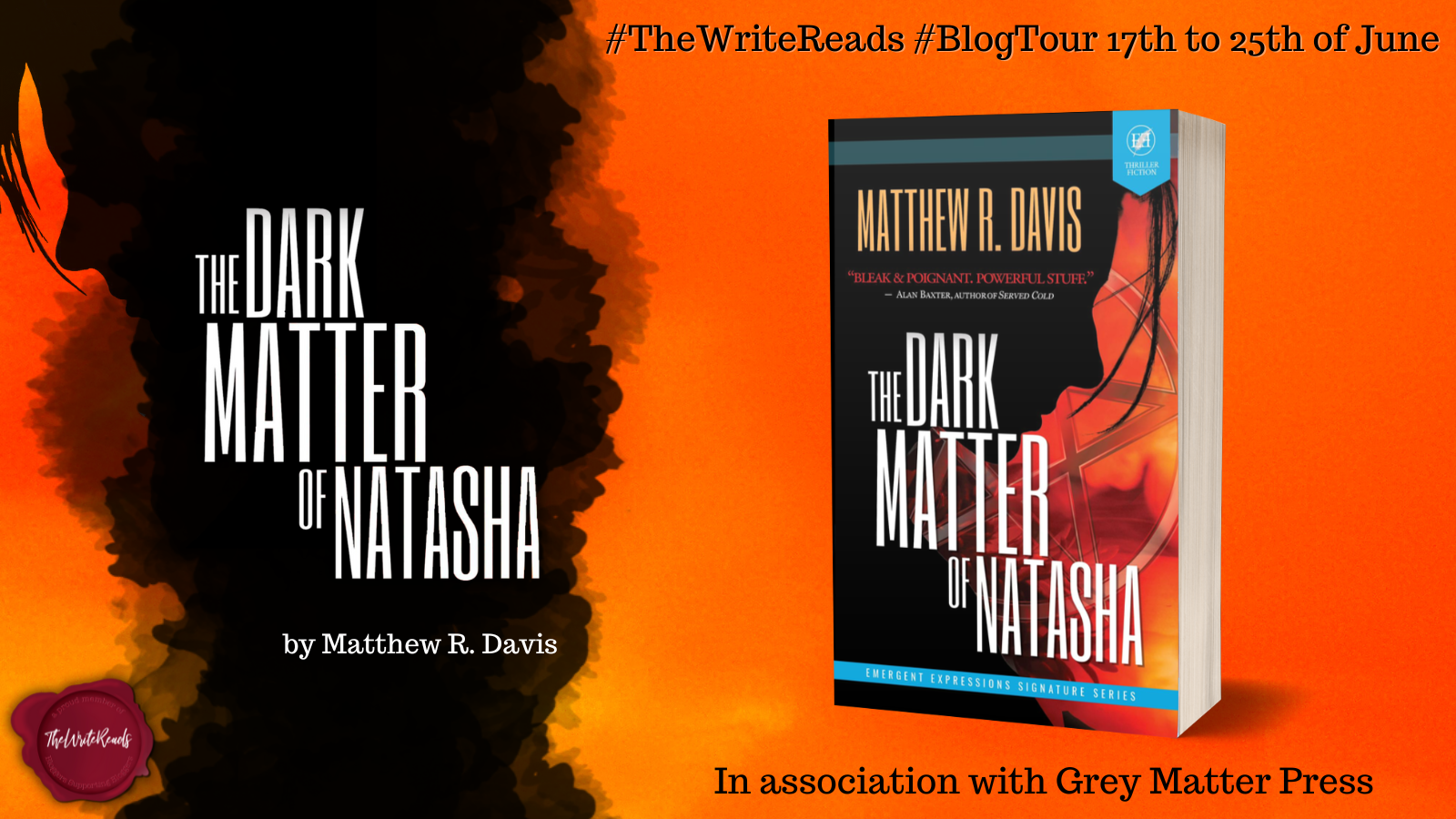 Matthew R. Davis is an author and musician based in Adelaide, South Australia. His work has been shortlisted for, and sometimes won, the Shirley Jackson Awards, Aurealis Awards, Australian Shadows Awards, and the WSFA Small Press Award. 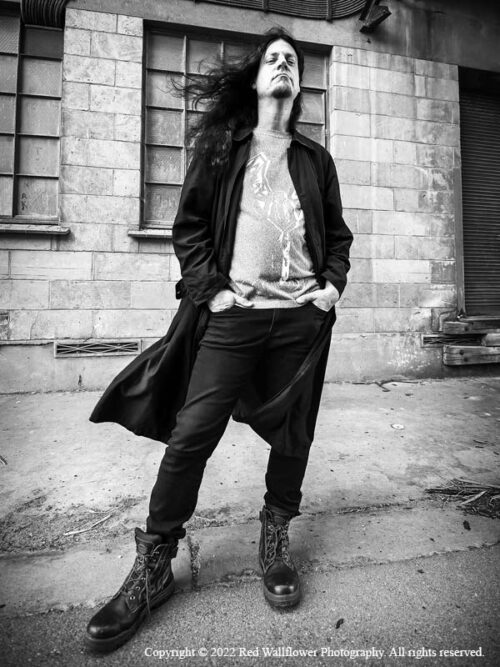 He plays bass and sings in heavy rock/metal bands such as icecocoon and Blood Red Renaissance, dabbles with poetry, video editing, and visual art, and works on projects with his photographer partner.

Davis is the author of Supermassive Black Mass (novelette, Demain Publishing, 2019), If Only Tonight We Could Sleep (horror stories, Things in the Well, 2020) and Midnight in the Chapel of Love (novel, JournalStone, 2021).

He loves all kinds of metal from Mötley Crüe to Pig Destroyer and his favorite Slayer album is Seasons in the Abyss.

The Bread the Devil Knead