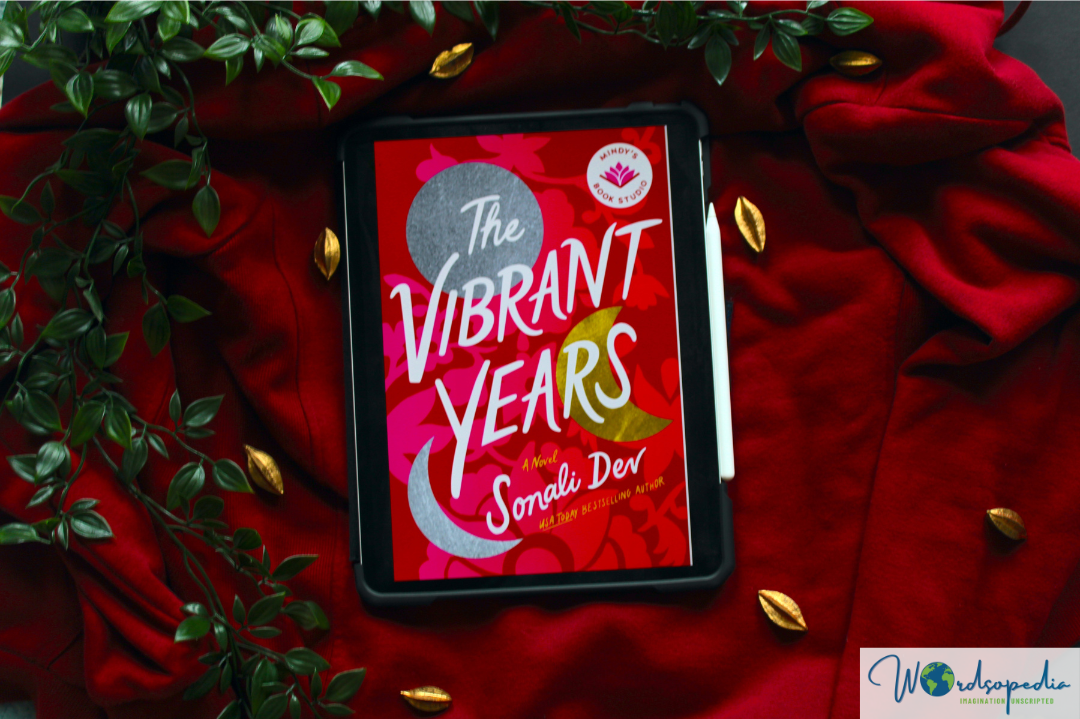 The Vibrant Years by Sonali Dev is a multi-generational story of an Indian-American family. The story revolves around the three women of the Desai family—Bindu, the grandmother, Aly, her ex-daughter-in-law, and Cullie, her granddaughter. This is the first book to be published by Mindy Kaling. It has a strong Bollywood feel to it, and I can actually visualise it on screen!

Bindu (Binji), a 65-year-old Goan widow, has spent the last couple of decades in America with her son, Ashish, and his family. Even though Ashish and Aly are divorced, she continues to live with Aly, a broadcast journalist with a TV station. One fine day, Binji purchases a condo in a posh retirement community and moves in there to start afresh. It is her desperate bid to ensure past secrets are not revealed. She has recently inherited an enormous sum of money, a million dollars, to be precise. The inheritance brings back memories of a shameful past, a reckless mistake from her youth.

Aly is battling her own set of challenges – the divorce, her mother-in-law moving out, and disappointments at work- forcing her to push herself harder and not quit. Cullie, a tech whiz, is the creator of a wellness app, Shloka. The 25-year-old is passionate about her project and unfortunately is on the verge of losing it to her investors. Desperately trying to save Shloka, she pitches ideas of a new dating app to her investors. However, there’s a problem. She has never been on an actual date. The senior Desai women come to her rescue and the trio sets about testing the app.

An unforeseen accident at the retirement home leaves Binji heartbroken. A few emails and a phone call from a stranger leave her further dismayed. The stranger is referring to her past, her secret that she holds close to her heart.

With Cullie, Ally, and Ashish by her side, the Desai family wades through the challenges, finding unexpected resolution and closure.

The story is character-driven, and all three women have been fleshed out beautifully. They are resilient, with unwavering love, respect, and loyalty toward each other. The best part of the story is the bond between these women, and how they have each other’s back always. Binji is truly the star of this book, adding vibrance to the story.

Each chapter starts with a quote written by Oscar Seth, and since we are unaware of Seth’s identity and role in the story for a long time, it adds an element of mystery to the narration.

The narration is through alternating POVs of the three main characters. In my opinion, it works perfectly well. I could see each character from close quarters and be a part of their story instead of witnessing it from a distance.

Dev has given sufficient space to all three characters. We get to know their backstories, heartbreaks, challenges, and struggles to keep going despite all adversities.

The author has handled many profound themes in this novel, including physical acts of intimacy in senior adults. Family dynamics, dating challenges, divorce, strained marriages, and professional struggles are a few of the major themes.

The pace is a little slow in the beginning, and the story gets a little predictable at times. I couldn’t enjoy the parts revolving around dating. I found it a bit irritating, strange, and predictable, as all of them ended as disasters.

Also, I would have loved to see a better resolution to Aly’s professional issues.

Though the story is set in the US and revolves around an Indian-American family, surprisingly it is not written mainly for a western audience.

The Vibrant Years is a well-written family drama interspersed with humour and emotional moments.

Thanks to Amazon Publishing via NetGalley for the opportunity to read an ARC of this novel. All opinions expressed are my own.

Sonali Dev’s first literary work was a play about mistaken identities performed at her neighborhood Diwali extravaganza in Mumbai. She was eight years old. Despite this early success, Sonali spent the next few decades getting degrees in architecture and written communication, migrating across the globe, and starting a family while writing for magazines and websites. With the advent of her first gray hair her mad love for telling stories returned full force, and she now combines it with her insights into Indian culture to conjure up stories that make a mad tangle with her life as a supermom, domestic goddess, and world traveler.

Sonali lives in the Chicago suburbs with her very patient and often amused husband and two teens who demand both patience and humor, and the world’s most perfect dog.