A Letter to Three Witches 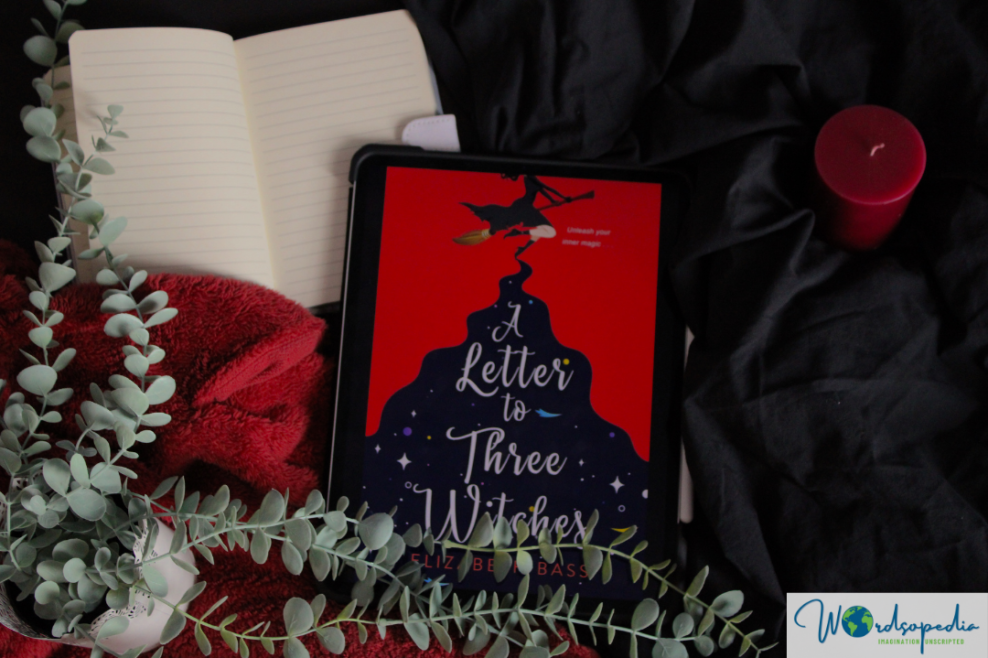 A Letter to Three Witches by Elizabeth Bass is a light-hearted witchy read. It has a bit of romance, with a copious sprinkling of fantasy, comedy, family drama and magic.

Set in the sleepy college town of Zenobia, New York, the story transcends the boundaries of time and reality. Gwen, her parents, cousins Trudy and Milo, and adopted sister Tannith belong to a family of witches but are leading regular lives amongst other humans. About a 100 years ago, Gwen’s great-great-grandfather’s magical spell had led to catastrophic events, forcing the Grand Council to ban future descendants from practicing witch-craft. But a letter from Tannith, warning of an impending doom, sends a wave of panic amongst the cousins as they find themselves in the world of charms, hex and spells–a world from which they have been banned from entering!

The storyline is unique, and the narration is enthralling. I especially liked the characters in this story. Gwen, Trudy and Milo are just like the people we meet and know in our daily lives – they are kind, caring, and witty. The familial relationship they share is so warm, fuzzy and real. These witches don’t wear hats or cloaks. They are not out there to cast evil spells on others; instead, they bake cakes, run an odd job service, or a landscaping design business.

Though the central characters are the trio, there are other quirky and memorable characters who made this story even more delightful – Griz, the cat, Aunt Esme or the suspicious assistant Jeremy. I even enjoyed the few chapters which are narrated from Griz’s POV.

There are a lot of events happening simultaneously, but Bass has tied up all the threads together seamlessly. I loved how the setting is so contemporary, especially the references to Brew Tube, Cackle (the witch world’s Twitter) was well done.

The ending indicates we can expect more from the author. I am looking forward to the series (if any!) with each focusing on the other cousins or Tannith.

A Letter to Three Witches is magical, mysterious and entertaining. I would recommend this to anyone looking for a fast-paced, funny, low fantasy novel.

I received an ARC from NetGalley and Kensington in exchange for an honest review!

Elizabeth Bass grew up the youngest of four siblings in rural Texas, where she spent summers watching old movies and dreaming of living in a town big enough to have an Icee machine. She now resides in Victoria, BC with her husband.