A Woman is No Man 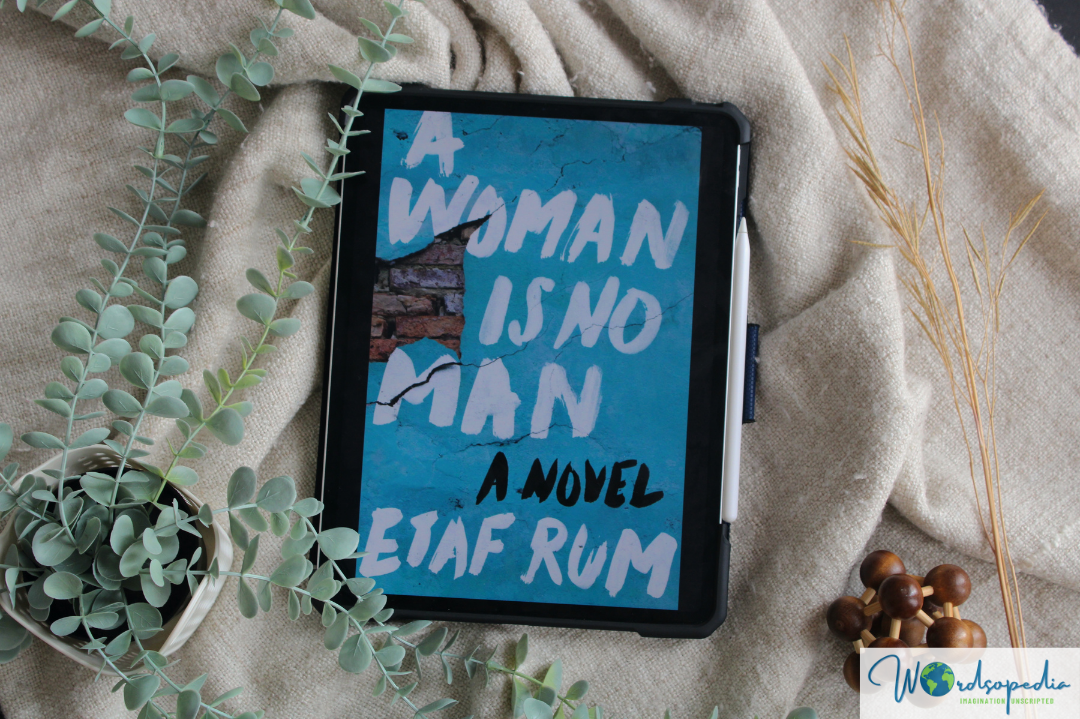 Etaf Rum’s debut novel, A Woman Is No Man, is the story of three generations of Palestinian-American women narrated across different timelines. Set partly in Palestine and the USA, these women are torn between individual desires, the strict mores of Arab culture, and the patriarchy suppressing them.

This is the story of one Palestinian-American family and should not be seen as a representation of the entire community.

Isra Hadid’s story begins in war-torn Palestine in 1990, where she lives with her parents and siblings. Their lives are governed and bound by societal norms and a strict culture that believes in male supremacy. Isra dreams of books, and a life different from that of her mother. She hopes to rewrite her destiny. Marriage to Adam takes her to America where she lives with his mother Fareeda, father Khaled, two younger brothers, and sister, Sarah, in a faded red brick house in an area filled with immigrants.

Though the country changes, her destiny remains the same. Soon, she is subjected to domestic abuse, and having failed to birth a son adds to her woes.

Years later, her 18-year-old daughter, Deya, is expected to conform to the same strict norms—forego schooling and marry a Palestinian-American boy. Pressured by her grandparents to settle down, Deya is conflicted between their demands and her own desires. She embarks on a journey to discover herself, and in the process discovers her mother as well.

This is a story that needs to be shared with the world. Irrespective of the novel’s setting, the issues the author has addressed are quite universal.

Rum takes the readers to a world that is tormented by occupation, gender disparity, patriarchy, abuse, and violence-sexual and domestic. She also weaves in the pain of living in exile, the struggles of immigrants, and trauma. It honestly is too many themes to be discussed in a single novel! Also, the explicit portrayal of most of the themes leaves little to the reader’s imagination.

The story alternates between the different narrators, and it helped me gain insight into their lives in their respective timelines.

The subject and the themes being discussed are of utmost importance, but the novel suffers from a lack of nuanced writing. The characters are quite flat—almost every woman is oppressed; every man is evil. I am certain not every man is bad, and not every woman is oppressed in any culture, and would have loved to see a balanced treatment instead of this blatant generalization.

The narration feels repetitive in bits, but I wonder if it was intentional to sensitize the readers towards the culture and understand the women who were submissive and did not choose to walk away (because, in reality, they could not?)

A Woman Is No Man is a heart-wrenching story of love, intrigue, courage, and self-discovery. The agonizing journey of the characters inspires hope and healing. It’s a promising novel and a remarkable debut.

I would highly recommend A Woman Is No Man, despite the shortcomings in the writing style.

Etaf Rum was born and raised in Brooklyn, New York City, to Palestinian parents. Her parents grew up in refugee camps in Palestine. Before immigrating to the United States, her grandparents also lived out their lives in refugee camps in Palestine. Rum was raised in a traditional family and entered an arranged marriage at a young age. She then moved to North Carolina where, at 19, she gave birth to her daughter and son two years later.

While raising her children, Rum enrolled in North Carolina State University, where she earned a B.A. in English Language and Literature, a B.S. in Philosophy, and an M.A. in American and British Literature and Philosophy.