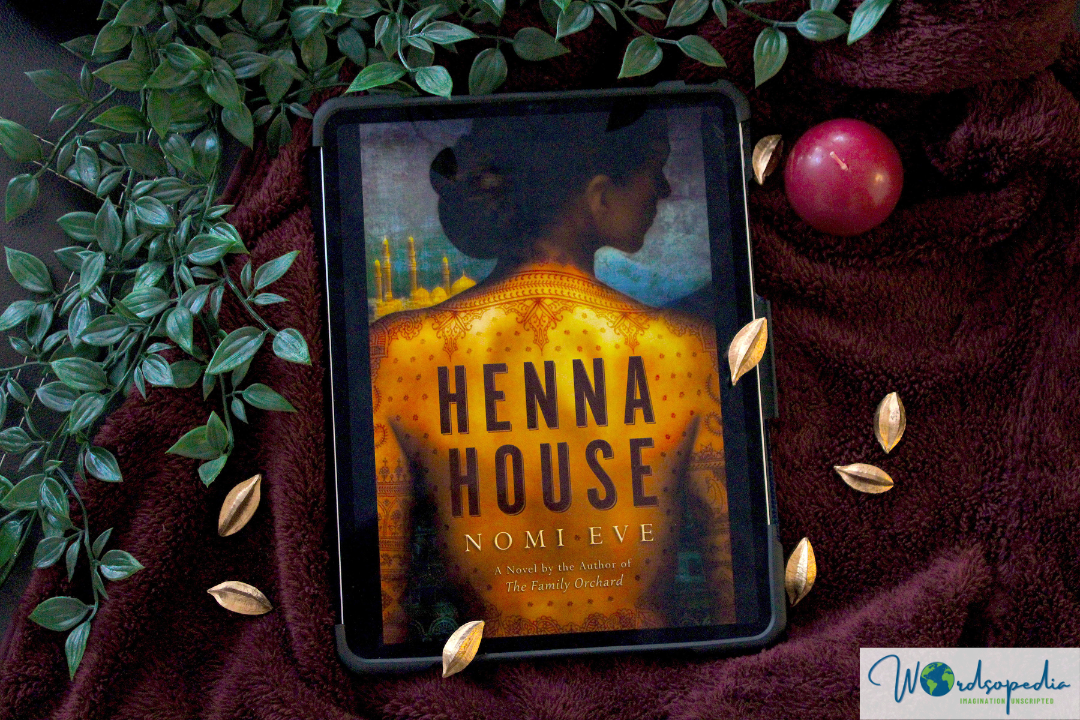 Nomi Eve shares the extraordinary saga of a Yemenite Jewish girl Adela Damari, and her family in Henna House. This coming-of-age story spans several decades, but starts in 1920, in the village of Qaraah, Yemen.

In the 1920s, the Jewish community of Yemen leads a life of oppression. The small and isolated community steeped in tradition is cut off from the modern world. There are many harsh restrictions imposed on them. The most feared of all is the Orphan Decree. It stipulates an unmarried Jewish child would be confiscated by the local authorities and forcefully adopted by a Muslim family. The Jewish people live in constant fear of the Confiscator and even resort to betrothing children right at birth to ensure their safety.

I knew little about Yemenite Jews, their culture, the importance of Henna, or the appalling Orphans Decree. And reading Henna House was an eye-opener.

The ninth child of the Damari family, five-year-old Adela, grows in fear because of her father’s poor health and premature death. Adela’s mother is extremely strict and constantly worried about finding a suitor for her only daughter. All her attempts at finding a suitor for Adela fail miserably.

Adela helps at her father’s leather shop, and spends the rest of her day obeying her mother, and taking care of household duties. The arrival of her uncle’s family from Aden shows her a world hitherto unknown to her—the enigmatic world of Henna. Her aunt Rahel and her daughters are skilled Henna artists. Soon, Adela too becomes a part of the rituals, symbols, and patterns painted on a woman’s body to mark special occasions.

Drought, poverty, illness, and death force Adela and the Damari family to leave their home and restart their lives in Aden. However, the rising anti-Jewish sentiment in the 40s and the Second World War leave the Jews with no choice but to take an arduous from British-controlled Aden to the newly formed state of Israel as part of Operation On Wings of Eagles.

Both the journey and her life in Aden are tumultuous, revealing stories of love, loss, joy, terror, and grief. While Adela moves from one stage of life to another, she gains strength from every loss and betrayal.

Eve’s writing is poetic, descriptive, and evocative, while the novel is rich. The author reveals innate details of Jewish customs, traditions, and rituals.

The fantastically developed characters have powerful voices, and the author has portrayed the intricate familial relationships in a captivating manner. I especially liked the manner in which Eve highlights the role of women and the relationships between the various characters.

A few parts in the story seem forced and not in tune with the setting, especially the sexual incident between a prepubescent Adela and her 11-year-old cousin. The story would have been equally nice even without this graphic and inappropriate inclusion. Also, the backstory is a bit too long, and the foreshadowing slackens the pace in the earlier part.

With a thought-provoking storyline and well-defined characters, Henna House makes for an engaging read. It is a well-researched and enriching piece of work.

Nomi Eve is the author of Henna House and The Family Orchard, which was a Book-of-the-Month Club main selection and was nominated for a National Jewish Book Award. She has an MFA in fiction writing from Brown University and has worked as a freelance book reviewer for The Village Voice and New York Newsday.

Her stories and essays have appeared in The New York Times, Glimmer Train Stories, The Voice Literary Supplement, Conjunctions, and The International Quarterly.

A Woman is No Man