After Happily Ever After 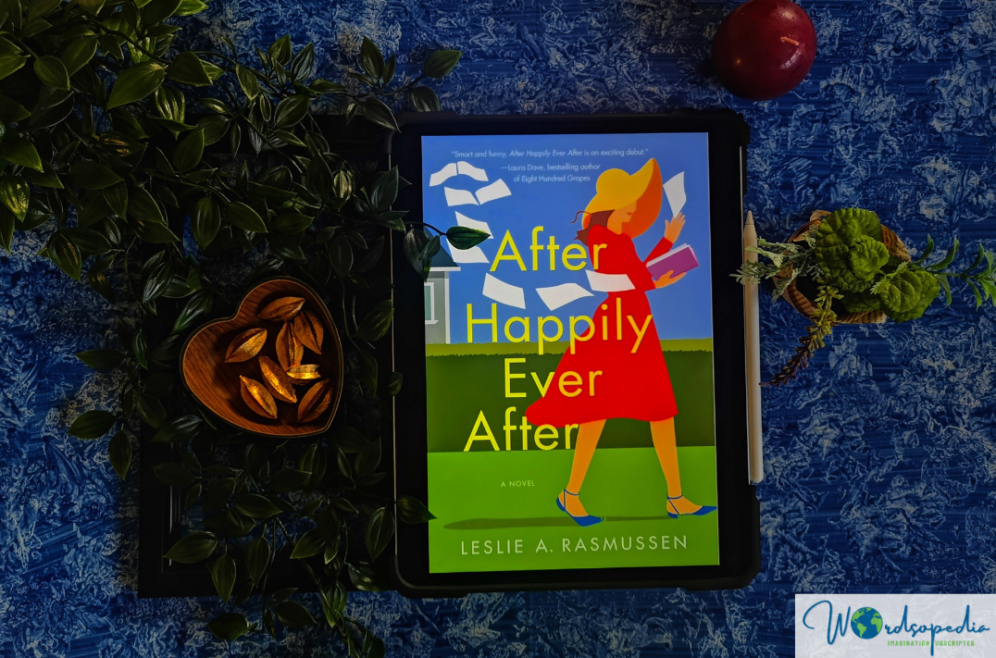 After Happily Ever After is the debut work of Leslie Rasmussen. It’s such a wonderfully hilarious and sensitive book, it’s hard to believe it’s a debut.

Empty nest syndrome affects thousands of parents each year. It’s not a disorder, but a combination of loneliness and grief when your children leave home. As a mother whose daughter is about to leave for college (not right away, there’ still time! But I’m bracing myself for the eventuality) I could identify a lot with Maggie Dolin, the main protagonist.

The author, Leslie Rasmussen, sums her book up perfectly… “And lastly to all the moms who are left with an empty nest and a journey to find themselves once again. This book is for you.”

Maggie Dolin is at the heart of this story. She is like the countless women whose lives revolve around their families; and yet there’s a nagging feeling of emptiness. She is questioning her identity and purpose. “The last time I felt significant was the day that Gia was born. I loved being the main attraction, but as soon as she popped out, it was no longer about me. I wanted it to be about me again.”

40 plus, married to a Psychologist and mom to a seventeen-year-old daughter Gia, Maggie feels trapped, unseen and unheard. Working as a publishing personnel, she quits her job to take care of her daughter; promising to go back to work when the daughter starts kindergarten; unfortunately, it remains an unfulfilled promise. Now, after having spent nearly 18 years at home, she is going through the empty-nester syndrome when her daughter is about to leave for college. “I hated packing lunches, but next year when I had no one to pack for, I would be sad. I was going to have a constant reminder that I was a vacation mom.”

She is also dealing with a marriage which has become all too familiar, regular and lacking any fizz. All her attempts to spice up the marriage fall flat, as her husband Jim is perennially tired. But he is not the villain here, he is grappling with his own issues which are affecting his behavior. “We had become one of those boring couples where nothing was exciting. It was sad. And even sadder that I thought kung pao chicken was going to liven things up.”

Amidst all this, she is also dealing with the ill health of her Dad, who has recently moved into an assisted living facility. The parts narrated from the father’s POV are quite emotional, and heart-breaking. As dementia takes over, he loses a bit of him every day; and Maggie’s struggles to accept and deal with it brought tears in my eyes. “I need you to promise you won’t visit all the time if I don’t know who you are. I don’t want you to have hope when there isn’t any.”

Her world starts collapsing when she treads on a dangerous and thrilling path. A chance encounter with Michael, a cute 30-something guy kindles a spark. But the spark soon ignites a fire and threatens to rock her marriage. “I couldn’t wait to see him again, which when you are married, is not a good sign.”

Does Maggie’s world collapse or does she rediscover herself? Well, that’s something one can figure out only on reading!

A few witty excerpts from the book –

“I sighed as he started looking (for the car keys) in the appliances. Did he really think they would be in the toaster oven?”

“My knees cracked loudly when I bent down next to him. I was only forty-five. Would they snap off when I hit fifty?”

“I looked down at my shoes. I never wore high heels anymore; I wore “mom” wedges.”

“What happened to my sweet, respectable kid who hung on my every word? Female mice are smart. Sometimes they eat their babies right after they’re born.”

“He was hot. I watched him drive away. Darn dignity, it was the only thing keeping me from chasing after him. That and I looked stupid when I ran.”

“A flash of heat erupted on my cheeks, and a sensation of heat was on my back. Flirting made me warm, or was it perimenopause?”

“I was wearing flowered flannel pajamas, with messy hair and crusty old mascara under my eyes. I wouldn’t have wanted to have sex with me either. Then again, Jim peed with the door open, so how picky should he be?”

Thank you to NetGalley, She Writes Press and Leslie A. Rasmussen for this ARC.

Leslie A. Rasmussen was born and raised in Los Angeles, California. She graduated with a bachelors from UCLA in Communications and went on to write television comedies for Gerald McRaney, Burt Reynolds, Roseanne Barr,  Norm McDonald, Drew Carey, and Ralph Macchio as well as The Wild Thornberrys and Sweet Valley High.  Later, she earned a master’s degree in nutrition and ran her own business for ten years. Most recently, Leslie  has written personal essays for online magazines such as Huffington Post, Maria Shriver and Sheknows.  Leslie loves dogs and besides having two adorable Labradors, she volunteers at The Burbank Animal Shelter,  in Burbank, California.  Leslie lives in Los Angeles and has two sons, and a husband she’s been with since college. This is her debut novel.

High Heels in the Highlands