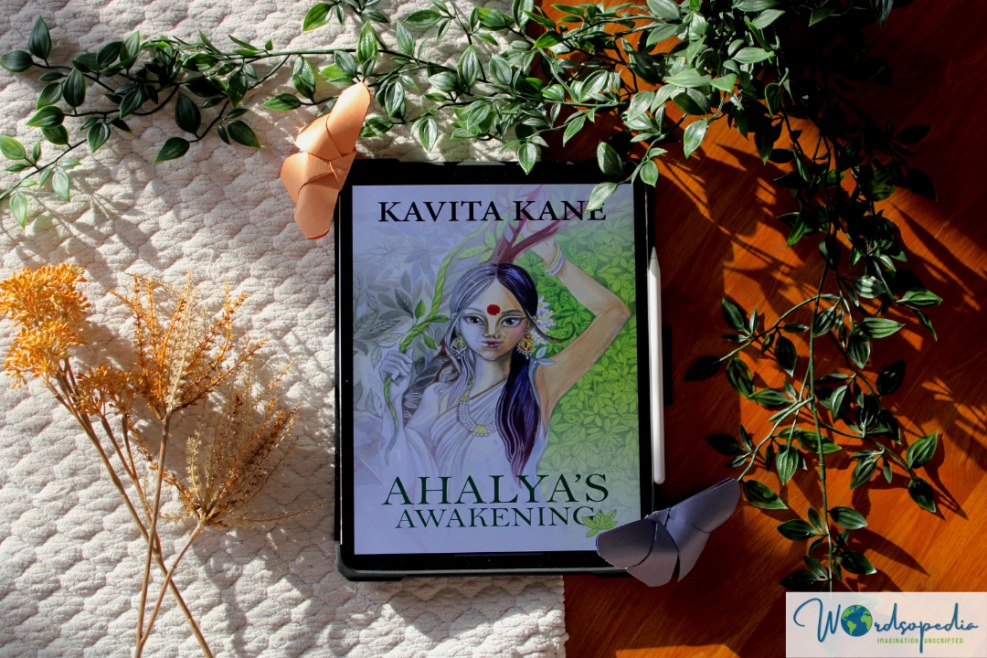 Ahalya’s Awakening by Kavita Kané brings Ahalya, a complex woman, into the spotlight.

This retelling begins when the newly appointed Indra – Nahusha, king of the heavens, expresses his desire to marry Indra Shakra’s wife, Sachi. Menaka, the celestial beauty, warns him of the consequences as she narrates the story of Ahalya, Rishi Gautam and Indra Shakra.

In Hindu mythology, Ahalya is known mainly for her promiscuity, as she is seduced by Indra, cursed by sage Gautama and liberated by Rama. Kané looks at Ahalya as an ambitious woman who desires for an identity independent of her physical beauty. Born as a princess, the daughter of King Mudgal and Queen Nalayani, Ahalya, is not only beautiful, she is also brave and intelligent. Unfortunately, this aspect of her personality is completely ignored by her parents, especially her mother, who is focused only on her physical beauty.

Her mother wishes Ahalya to be married to Indra Shakra, but Ahalya’s dreams and desires are different. Unlike other female members born into royalty, she wishes to gain education. She dreams of becoming a learned rishika. Her dreams are met by harsh resistance. However, as their kingdom braces for a war with their neighbours, she is sent to Gautama rishi’s ashram for protection.

It is in the ashram; we see Ahalya’s life unfolding as a student, a learner and later as a wife, and a mother. Over time, the husband-wife drift apart, as Gautama struggles between his role as a sage and a husband. Fate plays a twisted game when Indra discovers Ahalya’s loneliness and longings. Disguising himself as Gautama, he enters her room. Despite knowing the identity of the man lying next to her, Ahalya falls into the arms of the man who had been chasing her for long.

An enraged Gautama’s curse turns her into a stone. She lives in deep penance, and is liberated by Rama. But in Kané’s version, Ahalya’s story does not end there. Years later, she encounters Sita, who is now living in the forests with her sons. The unexpected meeting of these two strong women, who have been labelled by society and abandoned by their loved ones, forms the perfect ending to Ahalya’s Awakening.

Though Ahalya’s story is well known, Ahalya’s Awakening does not show Ahalya as a victim. Kavita Kané’s interpretation introduces the readers to a courageous woman, who is not scared to accept her flaws; she is aware of her desires, transgression and the consequences.

Overall, a good re-telling of a well-known mythological tale, with a different perspective on a character who has traditionally been seen as a meek woman.

Kavita Kané is an Indian writer. She is known for writing Mythology-fiction. All of her books are based on Indian mythology. Her bestselling novel is Karna’s wife: the Outcast Queen’. She is an author of the new era of retelling.