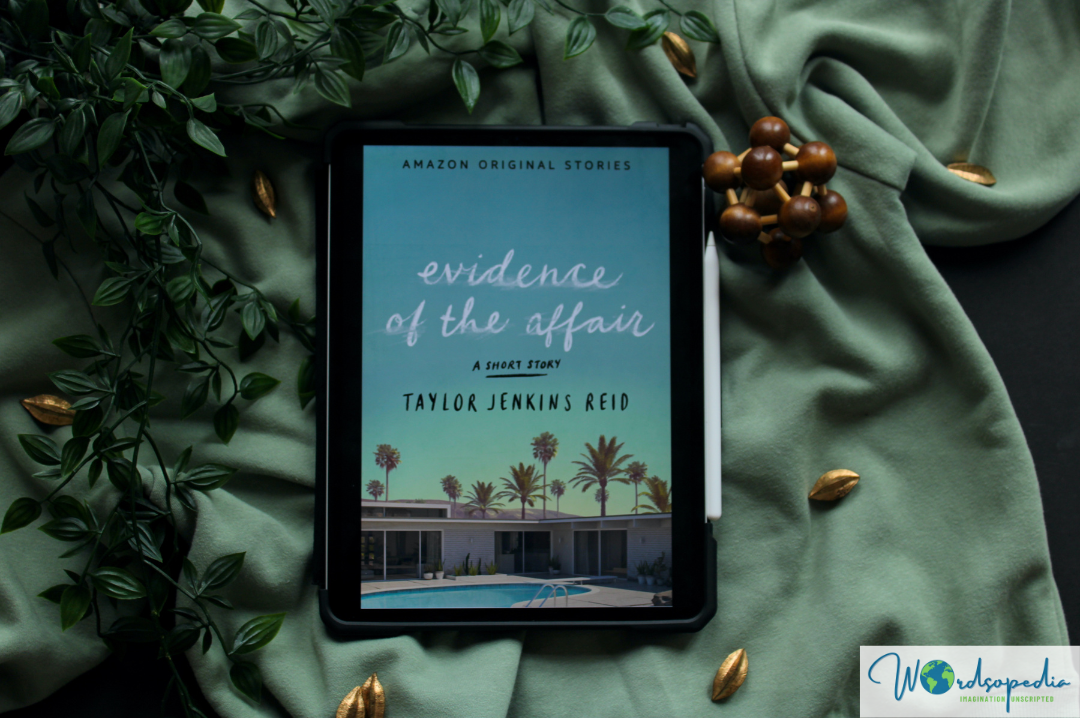 Taylor Jenkins Reid has created a magical experience for her readers with Evidence of the Affair. This is the second epistolary story I read this year. The previous one, ‘The Color Purple by Alice Walker,’ was a heart-wrenching and powerful story of African American women.

Apart from the format, both books share another aspect—both are equally well written and impactful.

Reid’s novella is set in the late 1970s in California. The story starts when Carrie comes across a few letters written to Ken, her husband, by a woman named Janet. Her husband is having an affair, and Carrie is sad, confused, and worried about what action to take. She writes a letter to David, Janet’s husband, informing him of the affair. And thus begins a series of correspondence between two strangers.

Through the letters, Carrie and David try to make sense of the situation, the circumstances that would have caused their respective spouses to cheat, and how best to deal with the emotional upheaval.

It is a challenging task to write an entire novella in epistolary format and expect the reader to remain invested throughout. But Reid does it with ease. Her writing style is free-flowing and fluid. She explores the illicit affair and its impact in an intriguing and powerful manner.

All four characters have distinct voices, and it is evident in their letters. This is definitely not an easy task to achieve, more so when there are no dialogues. The letters carry the story with aplomb.

I liked the idea that the author used different fonts for each character.

Post the 50% mark, I had a somewhat vague idea of how the story might end, and boy, I was surprised at the twist! It is a shocking end, no two ways about it, but it also felt untrue to the characters involved.

Although I have quite a few of Reid’s books in my TBR, I haven’t read any of them till now. I have picked up The Seven Husbands of Evelyn Hugo, Daisy Jones & The Six, and even Malibu Rising a few times, and have been forced to shelf them! But now, the jinx is broken, hopefully, I should be able to read more of her works next year.

Evidence of the Affair is a super short story, but the writing makes up for the length in more ways than one. It is impossible to finish the novel, and not fall in love with Reid’s style. A satisfying story arc, character growth, perfect pitch, and delivery make this a wonderful read.

This short story finds a place on my ‘favourites’ shelf.

This is an Amazon Original Story publication and is available for free on KU.

Taylor Jenkins Reid is the author of the New York Times Bestselling novels Carrie Soto Is Back, Malibu Rising, Daisy Jones and the Six and The Seven Husbands of Evelyn Hugo, as well as One True Loves, Maybe in Another Life, After I Do, and Forever, Interrupted. Her books have been chosen by Reese’s Book Club, Read with Jenna, Indie Next, Best of Amazon, and Book of the Month. Her novel, Daisy Jones and The Six, is currently being adapted by Hello Sunshine into a limited series for Amazon. She lives in Los Angeles.