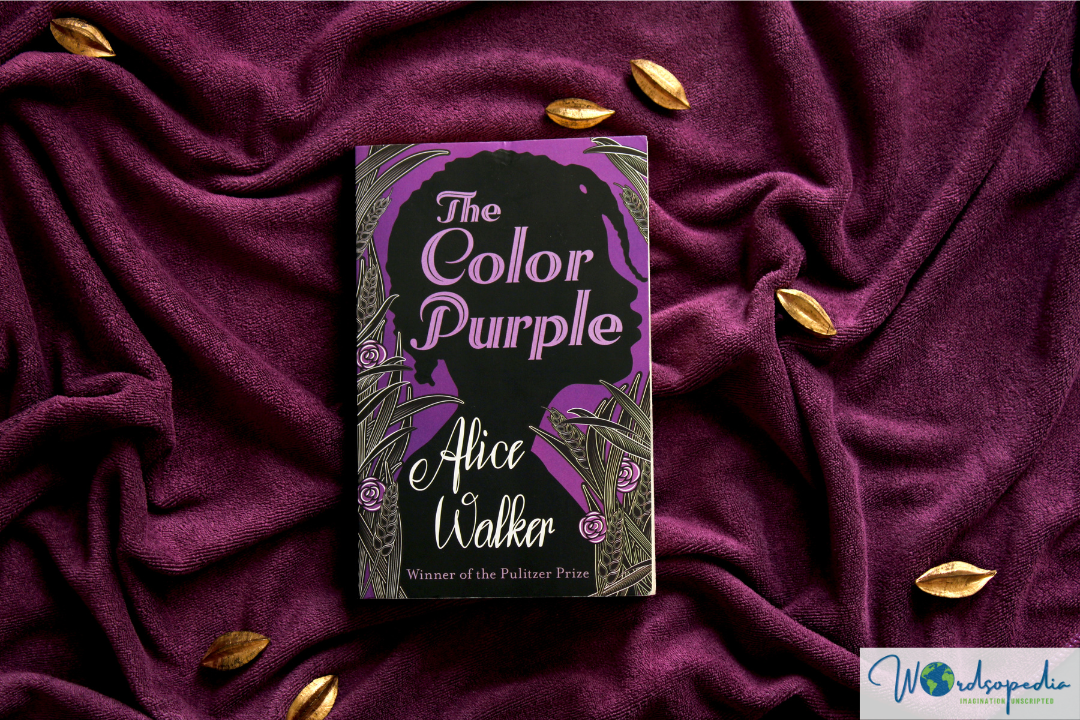 A Pulitzer Prize winner, The Color Purple by Alice Walker, is a heartwrenching and powerful story of African American women. Set in rural Georgia in the early 1900s, it is a deeply insightful and moving piece of work. Walker highlights poverty, segregation, discrimination, and behavioural attributes in an honest and unapologetic manner. Written in an epistolary style, it is a powerful depiction of male domination, and black women’s frustration, struggle, and hope in the face of despair.

14-year-old barely literate Celie is sexually abused and forcefully impregnated twice by a man she calls Pa. She never gets to see her children as they are taken away from her by her stepfather. Her prettier and cleverer sister, Nettie, teaches her to read and write. Celie never shares her woes with anyone, except for God. She writes to him regularly. Her stepfather forcefully marries her off to an older widowed man, Mr—, who wanted to marry Nettie. Nettie escapes to Celie’s home but has to run away from there too to escape Mr—-‘s lustful approach.

Stuck in an abusive and loveless marriage, Celie’s letters are her only solace, until the day when she falls in love with Shug Avery, an enchanting blues singer, who is also her husband’s true love. With Shug’s love and encouragement, Celie discovers herself for the very first time. Shug also helps her discover letters from the sister she had thought to be dead. The letters leave her heartbroken, yet hopeful.

After this discovery, there is a twist in the narration. Apart from Celie’s letters to God, we also read her letters to Nettie, and vice versa. It is a moving exchange between sisters who have been separated for decades, clinging onto fragile threads of hope and positivity.

The epistolary format has worked very well in this novel. Nowhere does it drag or feel burdensome. Celie’s transformation over the years is beautifully depicted through her letters. It is impossible to miss the change in her thoughts, behaviour, and actions as the years pass by. Her earlier letters show her desperation and submissiveness, but the later ones depict her confidence and ability to take control of her life.

While Celie’s letters are deeply personal and moving, Nettie’s are both personal and political, as she talks about her life, and the lives of African people, their culture, customs, and the role of missionaries.

There are no clear black-and-white demarcations in the characters. Their behaviour and thought process reflects their conditioning and the times the story is set in.

Apart from Celie and Nettie, Shug Avery, Sofia, Mary Agnes, and Tashi are a few of the other strong female characters. The stereotypical male characters portray the era. They are cruel, violent, and controlling. Mr—- is the most despicable character in this novel. And yet, by the end, even he is transformed.

The dialect lends authenticity and a clearer perspective to the narration.

Though violence and abuse remain the broader theme, Walker also explores many kinds of love in this novel. An intense sisterly love between Celie and Nettie, a turbulent love between Sofia and her husband Harpo, a love unmindful of the age gap between Nettie and Samuel, and the sexual love Cellie and Shug Avery enjoy.

Walker does not shy away from talking about the Christian missionaries who forcefully robbed the African people of their religion and cultural practices. Neither does she stray away from mentioning the brutality of the American justice system, the disastrous effect of coloniality on natives, or the indifference of the England church towards them.

I highly recommend The Color Purple. Every word, every page would stir turbulent emotions and you will be transported to the deep American South and feel the desperation, desire and hope.

Alice Walker is an internationally celebrated writer, poet and activist whose books include seven novels, four collections of short stories, four children’s books, and volumes of essays and poetry. She won the Pulitzer Prize in Fiction in 1983 and the National Book Award.

To know more about the author, visit her website.

This book is good, I feel. Your review urges me to read it.

I assure you it would be worth your time.

I read this book in the early 2000s and hated it for the themes it involved.