A Memoir of Growing Up Iranian in America 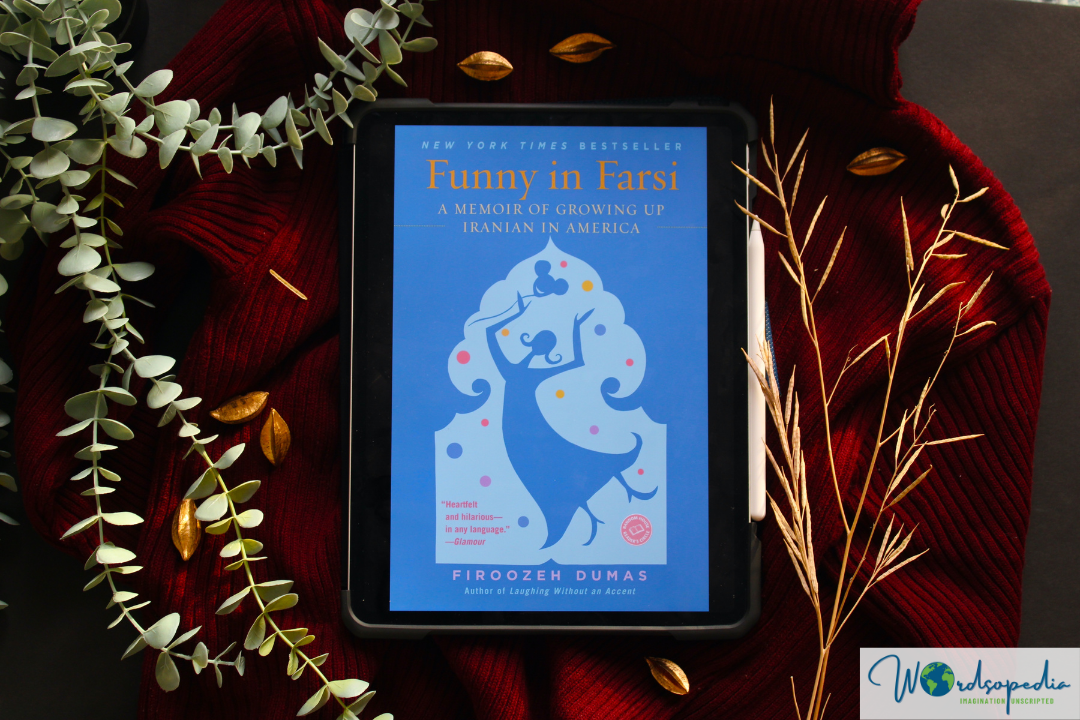 In ‘Funny in Farsi: A Memoir of Growing Up Iranian in America,’ Firoozeh Dumas chronicles her life and experiences as an immigrant in a humorous manner. It is the story of identity, self-discovery, cultural shock, and the power of familial ties. This book was also the Thurber Prize Nominee for American Humor (2005)

In 1972, seven-year-old Firoozeh Dumas and her family move to Southern California from Iran. The family does not know much about the country, customs, or language. While Dumas learns English once she starts school, her mother never cares to master the language and her father has a limited understanding of it. When she starts elementary school, it quite surprises her to know that no one including her teacher is aware of Iran’s existence on the world map.

After spending 2 years in America, they return to Iran. Only to go back to America because of the Iranian Revolution. Over time, more family members from Iran follow. Soon most of their extended family settles in California.

It’s heartwarming to note how the warm ties between her extended family help them sail through difficult times and prejudices. Dumas’s experiences as an Iranian American reflect both their love for America and their immense pride in her culture and roots.

There are few structural issues in terms of narration, but considering it is Dumas’s debut work it is quite remarkable.

There are fleeting references to the Iranian revolution, the American hostage crisis, and the changing attitude of Americans towards Iranians. But, beyond that, the author refrains from discussing politics.

This is truly a memoir of an immigrant family and their personal experiences. But again, instead of only talking about racism, adjustment issues, or immigrant problems in a sombre tone, the author’s humourous approach makes for a delightful read. Filled with funny anecdotes and relatable experiences, this book is a reader’s delight.

I enjoyed Funny in Farsi: A Memoir of Growing Up Iranian in America a lot. I have added the sequel ‘Laughing Without an Accent: Adventures of a Global Citizen’ to my TBR.

Firoozeh Dumas is an Iranian-American writer who writes in English. She is the author of the memoirs Funny in Farsi: A Memoir of Growing up Iranian in America and Laughing without an Accent: Adventures of a Global Citizen, and the semi-autobiographical novel It Ain’t so Awful, Falafel.