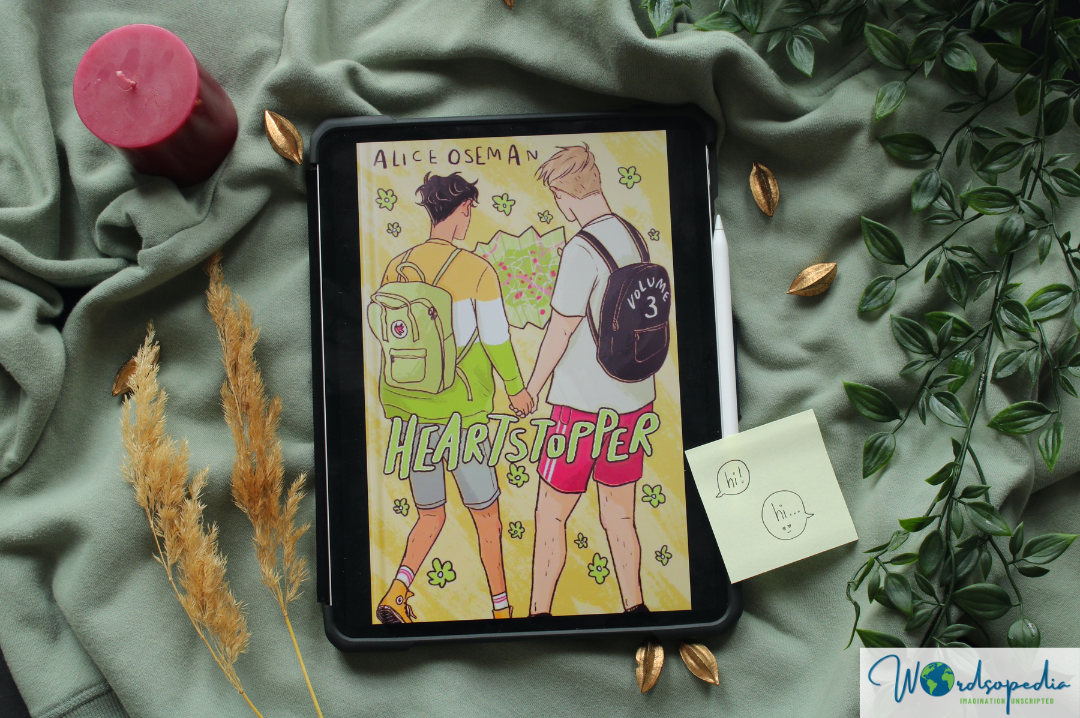 Alice Oseman addresses several important topics in Heartstopper: Volume 3. She has handled the various issues with a lot of care and sensitivity. Despite the seriousness and complexity of the topics, the story progresses in the same simple and charming manner as Volumes 1 and 2.

Heartstopper: Volume 3 is basically Nick and Charlie’s honeymoon phase! Yes, they are officially a couple, and they can’t stop kissing and whispering cute lovey dovey stuff to each other. But then, when was traversing on the path of love easy? And that too when it’s a gay couple, their love story can’t be free of hurdles… Where there’s a rainbow, there’s bound to be a storm…

The theme of bullying and homophobia continues in this volume as well. We are introduced to Nick’s older brother, who bullies Nick over his coming out. Nick struggles to deal with him, while Charlie crumbles because of his past trauma, as it wreaks havoc on his mental health. Constantly worrying and dealing with a lot of insecurities, Charlie resorts to self-harm.

It was heart-breaking witnessing Nick and Charlie face so many obstacles in their newly found love, and the challenge they repeatedly faced when coming out to friends and family. But it is not all grim! There’s unwavering support from their teachers who are older members of the LGBTQ community.

I loved the unhurried pace at which Nick, and Charlie’s romance is progressing. It is realistic, affirming, and comfortable.

Also, Charlie’s and Nick’s friends feature with greater prominence in this volume, and their support gives a lot of courage to the couple. There is a greater focus on their character arcs and relationships in this volume.

Oseman works magic with her illustrations as Charlie and Nick deal with many challenges – coming out, who and when to tell, and to forgive or not. There’s an incredible representation and speaks loads of inclusion and diversity.

Heartstopper: Volume 3 is just too adorable! It continues to be warm, fuzzy, and oozing with love…