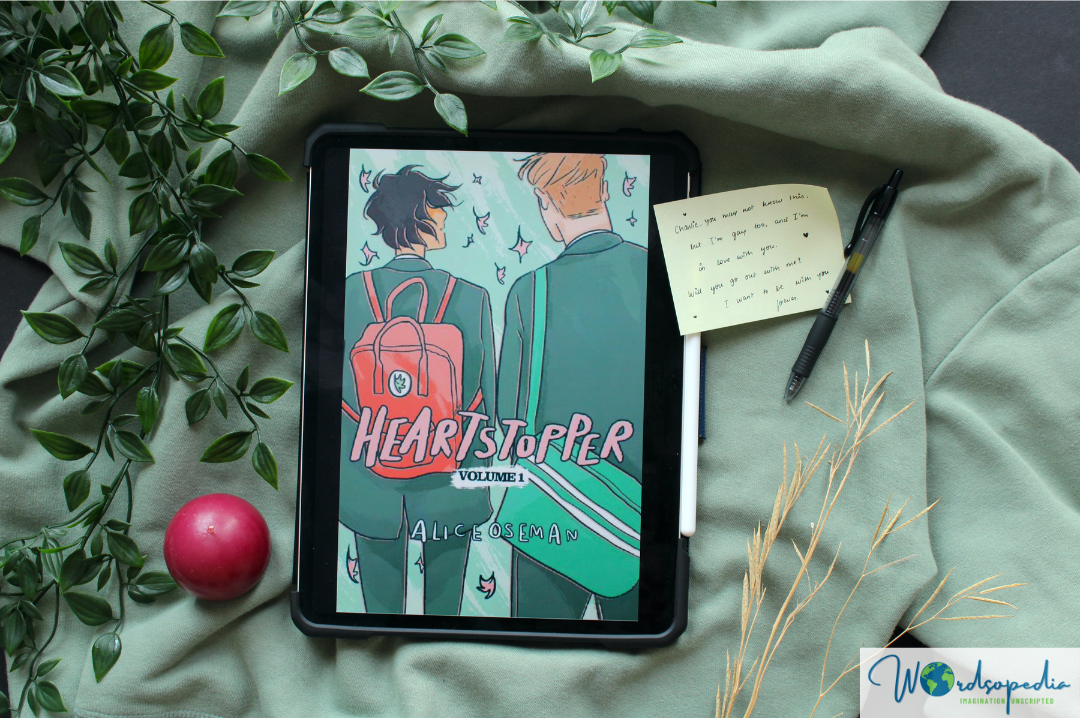 I picked up the Heartstopper series by Alice Oseman as my reading choice for the Pride month. Though I ALWAYS read the book before watching them on TV/movies, this was an exception. I watched the series first (I know blasphemous!) and absolutely loved it! Heartstopper: Volume 1 is part of 4 book series of graphic novels.

This classic friends-to-lovers series revolves around two boys, Charlie and Nick. Charlie Spring is in Year 10 at Truham Grammar School for Boys. He is openly gay, having come out to everyone the past year. Nick Nelson is in Year 11 and on the school rugby team. Even though he has heard of Charlie, he is not friends with him. Things change pretty soon as they quickly become friends. Charlie develops a huge crush on Nick, knowing he doesn’t stand a chance because Nick is straight.

This is an adorable fluffy romance. The characters are absolutely cute and lovable. Their internal struggles and the pressure to conform to societal rules are well depicted.

Even though, as a reader, one knows the lead pair will be romantically paired, the romance takes time to build, and thus feels more endearing and genuine. It was lovely witnessing the friendship blossom to love. It doesn’t feel forced at any point.

Oseman has handled the sexuality, confusion, and fears of the characters sensitively. She highlights the oppression faced by members of the LGBTQIA+ community, but does not narrate the story from the viewpoint of oppression. Rather, the entire story has a very positive and encouraging feel.

Volume 1 ended at a cliff-hanger (which felt more like a chapter break because of this being a graphic novel), and now I am on my way to grab Volume 2. I can’t wait to see Nick and Charlie’s romance progressing to the next level!

The author has illustrated the book as well, and I have to say, the illustrations are TOO GOOD! It has an old-world charm to it. I loved the manner in which the pictures depict much more than words ever can…

Heartstopper: Volume 1 is a quick and enjoyable coming-of-age story. I absolutely recommend this wholesome romance to all readers above 13. It has the awkwardness of first love, the warmth of comfort, no melodrama, and is not risqué at all!

You can also check out my reviews of Volume Two, Three and Four.

[…] here is the screenshot of a book review that is a series of 4 parts. I have included the links to the reviews of the other parts so that […]