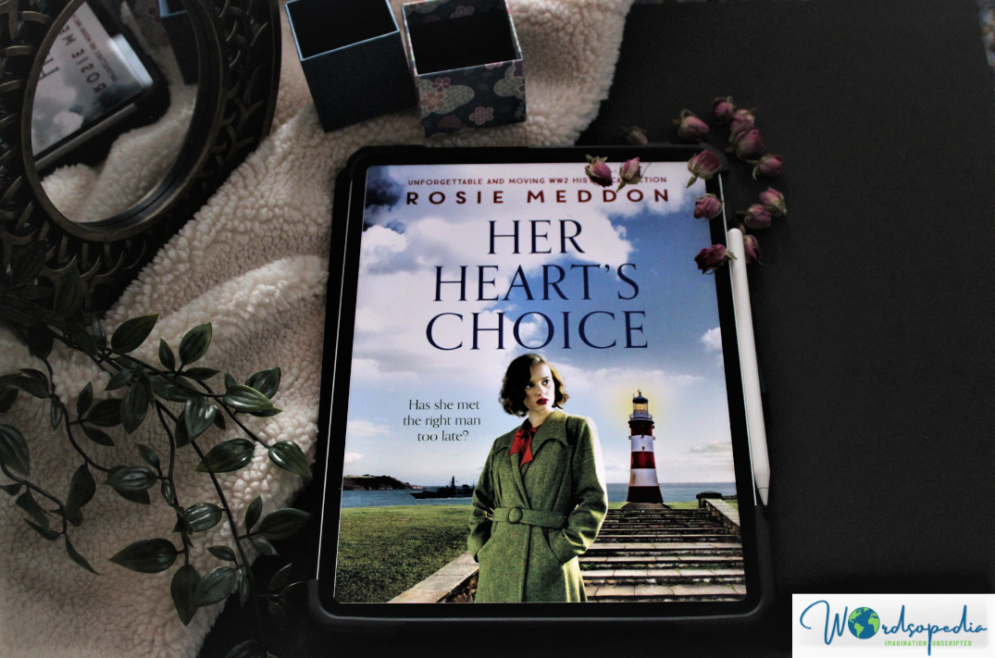 Sometimes it’s the smallest decisions that can change your life forever–Keri Russell.

How true isn’t it? One of the toughest battles in our lives is to make the right choice and live with it regardless of the outcome.

This is precisely the situation of Louise Channer or Lou. Aged 21 and still living with her parents and siblings in Devon, she finds life at home to be drab and lifeless. Craving to leave the nest, she dreams of carving her own path. With the ongoing war, she desperately wishes to contribute to the war efforts just like her mum in the previous war. Her mother encourages her in her endeavor and even helps in job search. The biggest hurdle is of course her father, who is unwilling to send her away from home amid danger looming over. Finally, with his consent, she leaves to Plymouth to work as a clerk in the Canadian Navy Depot.

Plymouth is a completely another world; exciting and confusing. Lodged at Jubilee Street with a few more girls, she feels like an outsider–ignorant, and unaware. Determined to succeed and make her parents proud, she dives deep into work. Her supervisor Miss Blatchford is a stickler for discipline and dislikes tardiness. She is protective of her employees, but will she rise to the occasion when Lou is suspected of a burglary in the depot?

The new place brings with it another adventure–a new love! Harry Hinds. Her roommate Jean Rudd’s step-brother impresses Lou with his striking features and confident personality. His eclectic behavior, bordering between adventure and danger, opens new, forbidden and unimaginable doors for Lou. Visiting pubs, trying new drinks, and receiving expensive gifts, she is floating on cloud nine. From an ordinary small-town girl, she becomes ‘Harry’s girl.’ With time, however, she finds his behavior stifling and confusing. Is being Harry’s girl enough?

Meanwhile, a couple of dismal news from home leave her in deep despair. With her mother’s ill-health, and her father expecting her to return home, she is again at cross-roads; contemplating whether to return or continue at Plymouth.

An unexpected event at work brings in a breather for Lou. The girls working in the Navy Depot fancy the Canadians. Unfortunately for them, lady luck smiles upon Lou. Lieutenant Douglas Ross, the Canadian boss, asks her out. He impresses her with his charm, concern and chivalry. He treats Lou with respect, listens to her, and spends time with her. She revels in his company, at the same time feeling guilty about being with two men at the same time. There’s a constant battle between her heart and head. Which man’s love should she accept?

At every stage of her life, Lou grapples with choices, sometimes regretting her decisions, and sometimes glad with her choice.

Her Heart’s Choice is a breezy, well-paced romance with an emotionally satisfying and optimistic ending.

Thank you #NetGalley and #Canelo for the ARC.

Rosie Meddon is the author of The Housekeeper’s Daughter, A Wife’s War, The Soldier’s Return – all of which are set in North Devon – along with Her Patriotic Duty and Her Heart’s Desire, the latter scheduled for release in February 2021. She is represented by Kiran Kataria of Keane Kataria Literary Agency.
Her books are published in e-book and paperback by Canelo, and in audio and large print versions by Magna Ulverscroft.

Get in touch with the author here

Arising from the Dust