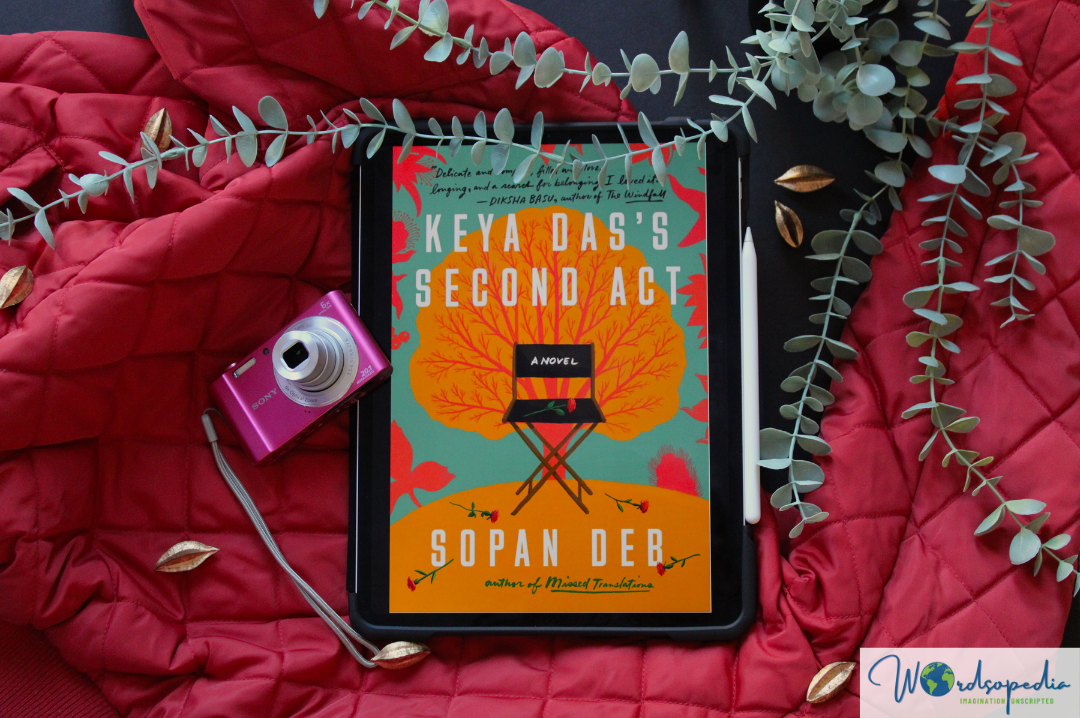 Is it possible to overcome guilt, especially when it is the guilt of having failed one of your own? It is this gnawing sense of guilt that has torn apart the Bengali-American Das family in Keya Das’s Second Act by Sopan Deb.

Dr. Shantanu Das, a professor at Rutgers, has reached the point of no return. Divorced and living alone in his suburban flat in New Jersey, he has cut ties from the local Bengali community. His relationship with his eldest daughter Mitali is non-existent, as she refuses to return his calls or respond to his messages. To add to his resentment, his ex-wife Chaitali has moved on and has married Jahar, a Bengali widower. But it is Keya, his younger daughter’s death, which has pushed the man into destruction. A few days before her tragic death, Keya had come out to the family. Every day since her death, Shantanu has lived with regret for having failed as a parent, for he refused to accept her sexual identity. His wife and elder daughter are equally guilty of being unsupportive and denying love and support to Keya.

Keya’s death anniversary is looming closer and Shantanu realizes it is time to move on. He puts up their home on the market. A chance discovery in the attic causes emotional turmoil. He finds a box which belonged to Keya and is filled with notes, letters, and an unfinished manuscript Keya and her girlfriend Pamela had been working on. Glimpsing through the box, he feels Keya’s presence in his life once again.

Mitali’s boyfriend Neesh Desai comes up with a brilliant idea – using Keya’s unfinished manuscript and putting up a play–an homage to Keya, he says! As the Das family along with Neesh work on this plan, ghosts from the past come out tumbling, threatening to swallow everyone in their path.

This is Deb’s debut in fiction, yet it has the hallmark of a seasoned writer. His writing style is wonderful. I loved the manner in which he has developed the characters. The author mentions most of the characters are composites of people he has known in real life, and no wonder they feel so real!

Keya, the main character, despite not being physically present, continues to influence the story. Her presence is unmissable. She is in everybody’s thoughts, channeling their actions, helping them face their worst fears, and ultimately joining the broken parts. She is the balm and the glue of Das’s family. I liked the honest and heart-breaking manner in which the author has depicted the family’s inhibition, resistance, and finally acceptance.

It is vital to mention the character arc. I found it quite interesting how every character in this family drama grows. It is not a simple task when there are multiple characters involved. Kudos to the author for shouldering this humongous responsibility with finesse. The author has abandoned nobody and has ensured to give enough space and a meaningful resolution to every character’s story.

Another aspect I found endearing was the varied web of relationships tying the story together. The interactions between the various characters are warm, funny, sad, and angry; and holding them together is fierce love and longing, wafting like a soothing fragrance.

The ample sprinkling of Bangla makes the narration even more endearing and authentic; also, the Indian-Americanness reflecting in the thoughts and actions is hard to miss!

Keya Das’s Second Act is a well-written novel and a beautiful homage to familial bonding and second chances.

My thanks to Simon & Schuster and Edelweiss+ for the ARC. This review is voluntary and contains my honest opinion.

Sopan Deb is a writer for The New York Times, where his topics have included sports and culture. He is also the author of the memoir Missed Translations: Meeting the Immigrant Parents Who Raised Me. Before joining the Times, Deb was one of a handful of reporters who covered Donald Trump’s 2016 presidential campaign from start to finish as a campaign embed for CBS News. He was named a “breakout media star” of the election by Politico. At The New York Times, Deb has interviewed high profile subjects such as Denzel Washington, Stephen Colbert, the cast of Arrested Development, Kyrie Irving, and Bill Murray. He lives in Washington, DC, with his wife and dog.

I am reading this now, I got an ARC too. I am thoroughly enjoying it.

Yay! I am so glad to know you are enjoying this book too 😍😍😍