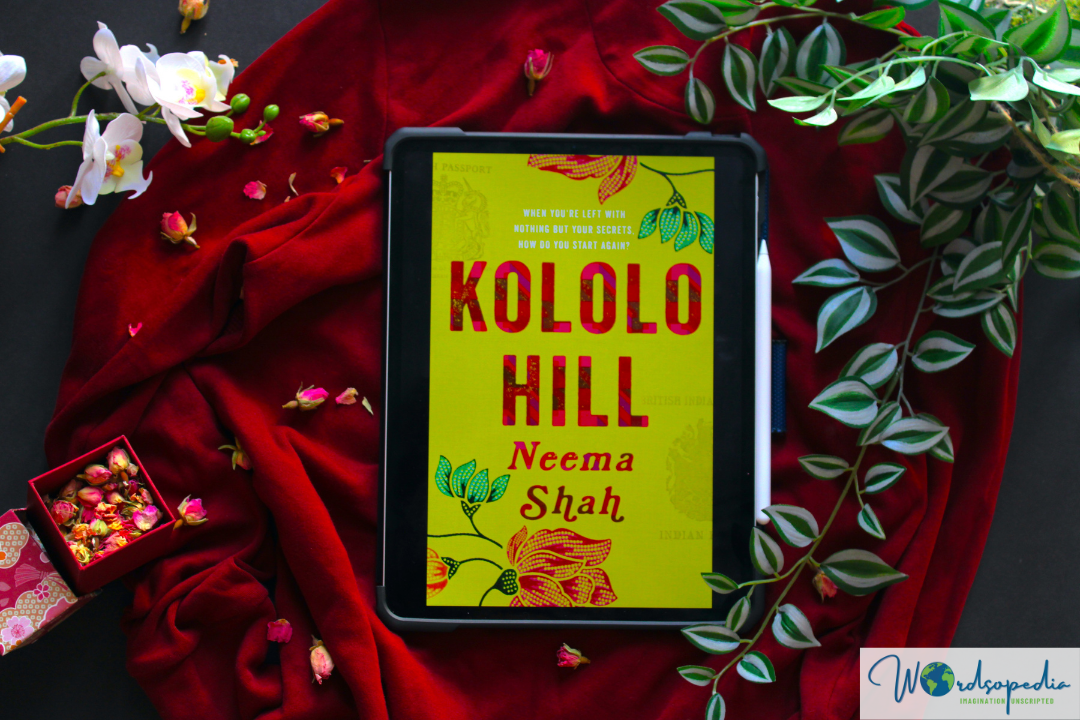 Neema Shah’s debut Kololo Hill, set in the year 1972 in Uganda and later in England, is a fictional work inspired by real-life events. It is an intense and profound piece of work revolving around 1st and 2nd-generation immigrants who are forced to leave the only home they have ever known.

The story begins in Uganda which is in the midst of  unrest, because of President Idi Amin’s decree. He has ordered the expulsion of his country’s Asian minority, giving them 90 days to leave the country. The Britishers had brought the Asian immigrants to Uganda, both as indentured labour to work on the railway lines, and also to serve as a buffer between the Europeans and Africans. The Asian community prospered and soon became well known as a trading community, drawing the ire of the indigenous people who stereotyped them as cheats. Under Amin’s rule, this hatred grew multi-folds and led to disastrous reactions – rape, violence, killings, and genocide.

The title Kololo Hill is not just a reference to a place, but a beautiful metaphor highlighting the societal difference and disparity in the lives of the immigrants and the natives.

Kololo Hill traces the story of a Gujarati trader Motichand and his family who have been in Uganda for decades. His wife Jaya had joined him from India after marriage. Both his sons, Pran and Vijay are born in Uganda and have never been to India. Even Pran’s wife, Asha is born in Uganda. Their houseboy, December, has been with Motichand since before Jaya’s arrival. They are part of a thriving community of Asian traders. Their lives revolve around managing their Dukan, their home, temple, weddings, and feasts. By 1972, their regular lives undergo unexpected changes, and these good times remain nothing more than a distant memory. Not only theirs, but even December’s life is in danger since he belongs to a minority tribe. Amin’s orders are clear—leave or face dire consequences. And, the story begins at this crucial juncture.

The first half, set in Uganda deals with the tumultuous conditions engulfing the nation. Every waking moment is rife with tension. Pran and his family, like the rest of Ugandan-Asians, are being forced to abandon their belongings and flee in search of safety.

While, in the second half, we see the family trying to restart their lives in London, after a harrowing escape from war-torn Uganda. Starting from the barracks as refugees to living in terraced houses, their lives undergo a major shift.

Shah’s writing is as powerful as the subject and the theme. In an evocative and fluid manner, she highlights the essence of the story—home, the sense of belonging, loss, and survival. The story traverses between the past and present in a disjointed manner.

Jaya, Asha, and Vijay narrate the story in parts. And as their lives unravel in front of our eyes, we become an integral part of their narration. Each character views life from a different lens, and their varied viewpoints add to the strength of the novel. But the differences in their views mellow down in front of their underlying emotion and desire – to feel connected to a place, a home. All the characters are complex, well fleshed, and depict the ethos of the era the story is set in. Asha is my favourite character in this novel. She is strong, assertive, and unwilling to give up without a fight. Her character arc is quite satisfactory. Jaya’s relationship with December is warm and touching and shows the beauty of human ties.

Shah has deftly dealt with displacement, identity crisis, racial discrimination, and belonging. The transition between the two halves of the novel is not only in terms of location and people but also in terms of the emotions running underneath, and she depicts this with clarity and ease.

Another aspect of Shah’s writing style made this a memorable read for me—the feel and imagery. I felt I was a part of the narrative and was witnessing their lives from close quarters. The Gujarati traditions, culture, customs, and way of living are described in an authentic manner. Shah has also depicted the challenges and adjustments immigrants face in a foreign land, especially in terms of language and cultural shock in a succinct manner.

The ending however left me with unanswered questions, especially regarding December’s character, Asha’s future, Pran’s, and Vijay’s life going forward. But despite that, I enjoyed reading this treasure of a book.

Kololo Hill is a tragic and horrendous story. I wasn’t aware of this chapter from history, and I am glad I got to read this novel.

Kololo Hill is Neema Shah’s first novel. It was a 2021 Pick for Foyles, Daily Mail, The Irish Times, Cosmopolitan and Eastern Eye.