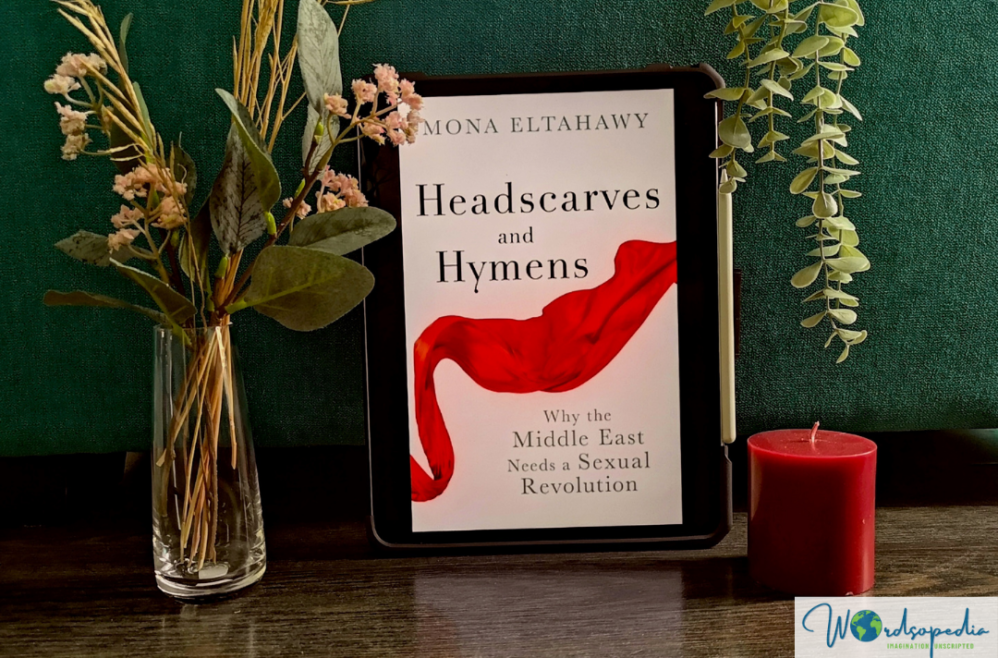 Mona Eltahawy’s Headscarves and Hymens – Why the Middle East needs a Sexual Revolution is undoubtedly the most challenging book I’ve ever read. It opened windows to sufferings of my fellow women; sufferings which I’ve been unaware of and even blind to many.

At any point, I couldn’t read more than a few pages. I was angry, shocked and even in tears sometime. And yet, I continued reading. For this book deserves to be read by all, not just women from the region.

These essays are a personal narrative. It’s quite clear that a substantial amount of research has gone into this book. It’s written with such a great passion it’s hard to not get emotional while reading this book.

Divided into eight chapters, Mona Eltahawy addresses various issues in them right from headscarves, domestic violence, gender apartheid, virginity and FGM; a multitude of issues faced by women in the MENA region. All the experiences mentioned are real – either from the author’s life or are of many other brave women who have voiced their anguish.

Mona Eltahawy’s book is a voice to countless women from this region, women who have been silenced and ignored for long.

It was an eye-opener for me, as I wasn’t aware of many facets brought out in this book.

I found a couple of instances deeply disturbing and thought provoking. Quoting one exchange here, which happens with the author during a train ride in Egypt–

“Why aren’t you wearing a niqab?” she asked me. Her question was chilling; I’d always found the niqab terrifying in the way it rendered the face and the individual invisible.

“Isn’t what I’m wearing enough?” I asked the woman.

“If you want to eat a piece of candy, would you choose one that is in a wrapper or an unwrapped one?” the woman in the niqab asked me.

She talks about how despite being life-givers, women are not in control of their own lives, someone else writes their life stories and they became mere puppets. The “purity culture” that exists across the Middle East and North Africa burdens girls and women with the responsibility for their own safety from sexual violence, and for ensuring they don’t “tempt” boys and men.

Mona Eltahawy’s writing is powerful and soul-stirring. The outcome is honest, blunt, bold, unapologetic and heart-felt.

“Words are important—to fight silence, alienation, and violence. Words are flags planted on the planets of our beings; they say this is mine, I have fought for it and despite your attempts to silence me, I am still here.”

Do I recommend this book? Yes, yes, and yes!

Mona Eltahawy is an award-winning Egyptian American feminist writer and commentator. Her essays and op-eds on Egypt, the Islamic world, and women’s rights have appeared in various publications, including The Washington Post and The New York Times. She has appeared as a guest commentator on MSNBC, the BBC, CNN, PBS, Al-Jazeera, NPR, and dozens of other television and radio networks, and is a contributing opinion writer for the International New York Times. She lives in Cairo and New York City.

She writes at Feminist Giant.

Patient Parenting – Is it a myth?

Bookshop by the Sea

Every Sentence In Mona Eltahawy’s Headscarves And Hymens Feels So Familiar To Us… - VamaIndia April 22, 2021 - 3:48 pm