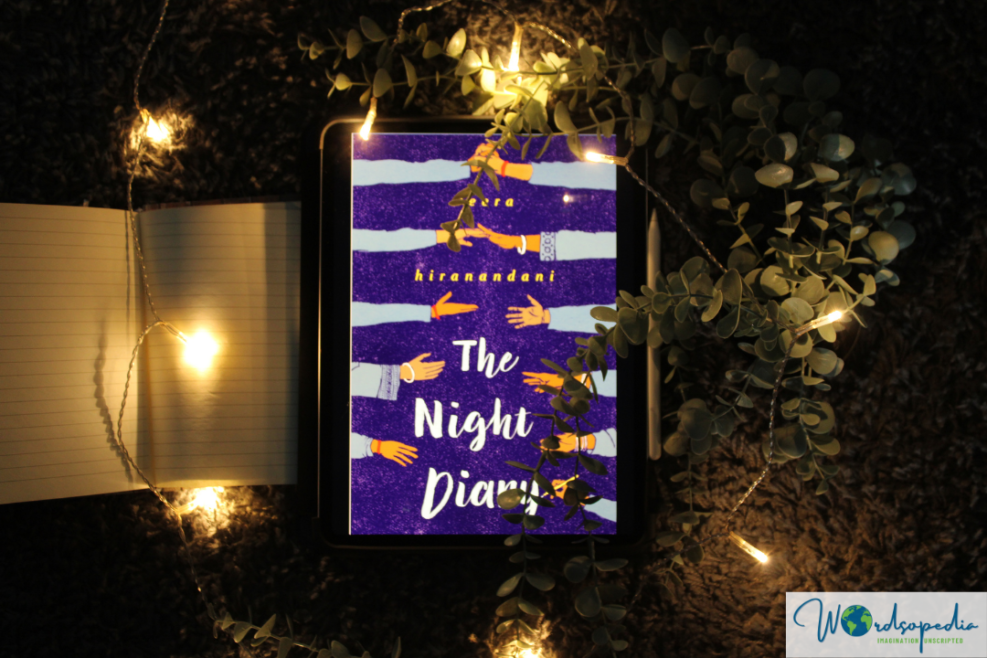 The Night Diary by Veera Hiranandani is a poignant narration of the partition which split India in 1947. Written in an epistolary style, The Night Diary is the voice of 12-year-old Nisha. A motherless child, she writes letters to her mother in a diary. She is a shy and kind child who struggles to speak in front of others. But writing comes easily to her, and she pours out her emotions as letters to her Mama in her diary.

Nisha, her twin brother Amil, Papa, Dadi and cook Kazi live in Mirpur Khas, leading ordinary lives where people are not identified based on their religion. Hindus, Muslims, and Sikhs live, work and study together with no animosity. But things change overnight, with the declaration by the British government to divide India on religious lines. The large-scale migration resulted in violence, death and despair.

Their family home is now a part of the newly created Pakistan, and they are no more welcome there.

“I used to think of people by their names and what they looked like, or what they did. Sahil sells pakoras on the corner. Now I look at him and think Sikh. My teacher, Sir Habib, is now my Muslim teacher. My friend Sabeen is happy and talks a lot. Now she’s my Muslim friend. Papa’s friend, Dr. Ahmed, is now a Muslim doctor. I think of everyone I know and try to remember if they are Hindu or Muslim or Sikh and who has to go and who can stay.”

Forced to leave their home like countless others, Nisha and her family embark on a horrendous journey to cross the border and enter the ‘new’ India–a journey of hundreds of miles to cover on foot. Packing a few meagre belongings, they leave behind their home, friends, their cook Kazi and countless memories.

Hiranandani’s descriptive style brings to life the painful story of India’s partition in an easy-to-read manner. Narrated from a child’s point of view, the simplicity and innocence of the young narrator is truly heartbreaking. Nisha and Amil’s rage, confusion, fears, worries and relief are heart-tugging.

Even the minor characters are well developed, and they seem like people we may have met and known.

It’s a well-balanced narrative, and the Author doesn’t side with any community. She has shown how the partition affected all, irrespective of which religion they belonged to.

However, the entire narrative being as letters was tiresome and felt repetitive. Personally, there’s one aspect of epistolary style I am not fond of – I can’t imagine anybody writing dialogues in their diaries / journal entries.

Considering the targeted age group (8-12 years old), the author has kept the political description and gory details to a minimum.

The Night Diary is a wonderful book for the present generation to understand the sufferings brought by the partition – a blot on India’s soil and soul.

Veera Hiranandani is the author of The Night Diary (Kokila), which has received many awards including the 2019 Newbery Honor Award, the 2019 Walter Dean Myers Honor Award, and the 2018 Malka Penn Award for Human Rights in Children’s Literature. The Night Diary has been featured on NPR’s Weekend Edition, is a New York Times Editor’s Choice Pick, and was chosen as a 2018 Best Children’s Book of the Year by The New York Times, The Washington Post, NPR, Amazon, School Library Journal, and Kirkus Reviews. She is also the author of The Whole Story of Half a Girl (Yearling), which was named a Sydney Taylor Notable Book and a South Asia Book Award Highly Commended selection, and the chapter book series, Phoebe G. Green (Grosset & Dunlap).