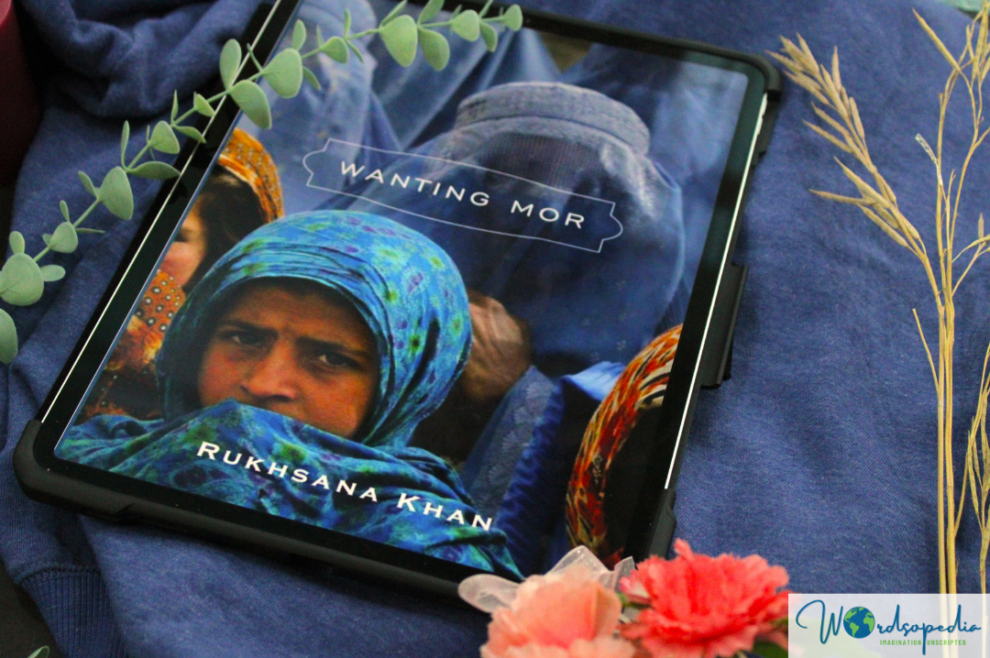 Wanting Mor, written by Rukhsana Khan, is a fictional story based on a true event. Set in 2001 after the American invasion of Afghanistan, it revolves around a child Jameela in post-Taliban Afghanistan. A line in the Author’s note summarizes the essence of this book — “When countries go to war, it is always civilians, especially children, who suffer the most.”

This book is a topical read, considering the current situation in Afghanistan. The war has affected the women and children the most; deprived of their freedoms, they are living a perilous life. Jameela’s story mirrors the stories of countless abandoned women and children.

Jameela and her family are extremely poor. Survival is a challenge in their war-torn village. Being illiterate, and born with a cleft-lip, there is no dearth of struggles in her life. Her life changes for the worse when her mother dies. Her father takes to drugs and alcohol, and marries an older widowed woman for the sake of dowry. Jameela’s step-mother doesn’t take to her kindly, and punishes Jameela for learning to read. The punishment—being abandoned in the marketplace by her father leaves the little child devastated.

Her new home is an orphanage, where she not only comes to accept her fate but also finds the courage to stand up for herself. Her Islamic faith and her mother’s love give her immense strength and the courage to go on. She firmly believes that “If you can’t be beautiful, you should at least be good. People will appreciate that,”– something her Mor used to tell her often.

The Taliban’s influence over Afghanistan has waned, but Jameela continues to cover herself in the chadri—it comforts her, and gives her solace. She also has strong opinions on the way women should dress, which has stemmed from her religious upbringing. She is just a child, but circumstances force her to forget her childhood as she deals with different aspects of human relationships—loss, betrayal, friendship, jealousy, and power struggles.

I liked Khan’s realistic character building, development and the satisfying story arc. It was heartening to see Jameela gain self-confidence and not end up shattered. Her life is tragic, but she doesn’t come as a martyr. Rather, she is a fighter.

In terms of narration, the author has laid little emphasis on the gory details of war, but tackles the issue at an emotional level. Making it a suitable read for children 12 and above. It’s a good book to introduce them to the ground realities of Afghanistan, the cultural differences and the struggles.

The usage of dialects (Farsi, Pashto) and references to Islamic traditions and rituals lend an authenticity to the book. However, my lack of knowledge proved to be a deterrent. The glossary at the back helped, but referring to it repeatedly broke the flow of reading.

Wanting Mor is a complex and intricately layered book touching on themes of drug, alcohol, abandonment, war, and death. Afghan culture, gender disparity, education and poverty form the broader underlying themes. The author provides an inside and honest view of life of women in Afghanistan without judgement.

Rukhsana Khan is an award-winning author and storyteller. She was born in Lahore, Pakistan and immigrated to Canada at the age of three.

She grew up in a small town in southern Ontario and was ruthlessly bullied. Drugs were against her religion (so was suicide) so she turned to books and became hopelessly addicted to the written word! When a grade eight teacher told her she was a writer, she thought the idea was crazy. Writers were white people. They were from England and America.

To be ‘sensible’ she graduated from college at the top of her class as a biological-chemical technician. When she couldn’t get a decent job, she decided to be ‘unsensible’ and become a writer.

It took eight years to get her first book published.