Meeting the Immigrant Parents Who Raised Me 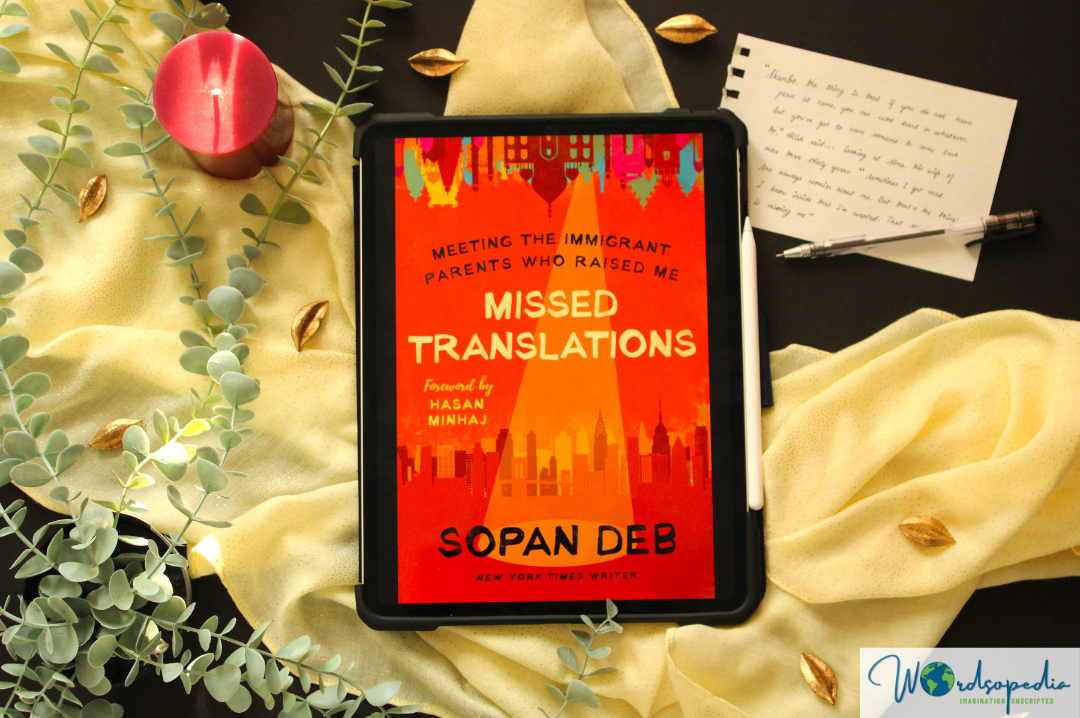 In Missed Translations: Meeting the Immigrant Parents Who Raised Me, Sopan Deb, a New York Times reporter, and stand-up comedian, narrates the journey of getting to know his parents. He undertakes a trip to India to gather details about them and their lives as he tries to reconnect with them and re-establish the broken family ties. In the author’s words, this has been a cathartic experience.

Born in America to Bishakha and Shyamal, immigrants from West Bengal, India, Deb has an unhappy childhood. Right from the very start, he feels emotionally disconnected from them. But it’s not just him who is unhappy. His parents are equally unhappy with each other. He calls them mismatched souls, a bad match from the start. When Deb is in his freshman year, his parents get divorced. His father walks out of their home and lives. It is only 11 years later when Deb visits him in India, there’s a fresh start to their non-existent relationship.

The memoir highlights many facets of the lives of South Asians (as he addresses the Indian-Americans), the cultural differences, Deb’s relationship with his family, his angst, anger, agony, and the discoveries he makes in this journey. The author reveals the childhood stories of Bishaka and Shyamal and how it has impacted their personalities. We get a glimpse into their lives, the truth behind their marriage, their relationship, and their disconnect.

I have read many memoirs. Educated, Unveiled, Desert Flower, to name a few. I have cried and had sleepless nights after reading them. But I felt no such emotions while reading this, even though the events have deeply impacted the author.

I just wish the tone had been appropriate to convey the emotions. It was disrespectful and slightly narcissistic. Probably he intended it to be funny, and his background as a stand-up comedian might have influenced it. It may seem humorous to some readers, but I found it bothersome. I couldn’t understand why he had to address his parents by their first names. Also, his political rantings added little or no value to the narration.

Deb doesn’t mask his disconnect with his culture and roots, and the same is clear from his writings.

I don’t deny that this is an honest attempt by the writer to share his life with the readers. But we must remember Missed Translations is Deb’s story, and should not be seen as the story of children of all immigrant parents.

Earlier, I had read Sopan Deb’s fictional debut, Keya Das’s Second Act, and absolutely loved it. I won’t say the same about Missed Translations: Meeting the Immigrant Parents Who Raised Me.

Sopan Deb is an American journalist who works as a culture reporter for The New York Times.