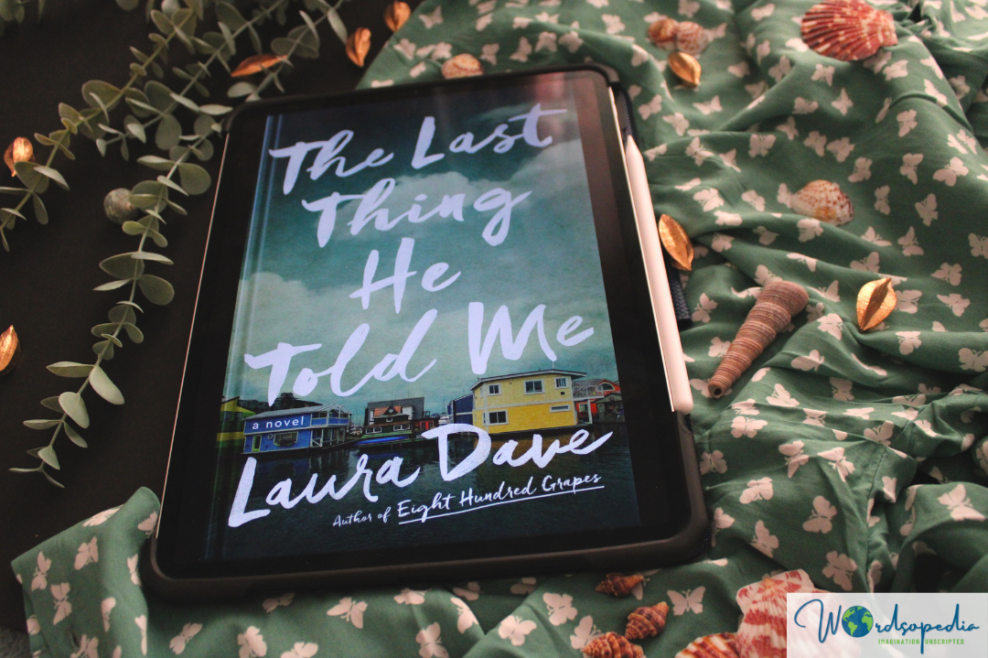 The Last Thing He Told Me held me gripped from the very beginning. It’s a pacy suspense, with intricate layers which the author Laura Dave reveals in a fascinating manner.

The story involves around Owen, his daughter Bailey and second wife Hannah. On an unsuspecting evening, Hannah receives a note from her husband. The letter has just two words, ‘Protect her.’ Hannah and Bailey’s world tumbles as Owen disappears from their lives. In a bid to trace him, Hannah and Bailey embark on a journey based on a few random clues from Bailey’s memories as a four-year-old. The revelation shatters their lives, and yet brings the duo closer than ever.

I liked Dave’s storytelling style. It is crisp and gripping. The setting and character portrayal is done quite well. Hannah as the narrator, Owen and Bailey as the other main protagonists are interesting and well-developed. I could actually visualize the teen! They are real and come with their own baggage.

The chapters are brief (wittily titled), which helped build suspense. Family secrets, lies and danger add to the mystery. There are plenty of twists and turns, ups and downs to keep the reader engaged.

The character arc is another thing I liked about this book. Both Hannah and Bailey learn to see beyond their differences, and form a beautiful bond with each other.

The narration flips between present and past. Dave has done a wonderful job of tying the varied timelines together.

In the end, I couldn’t help but admire Hannah for her strength, perseverance and loyalty. I wouldn’t call ‘The Last Thing He Told me,’ a thriller. It’s more of a domestic suspense drama, but it’s engaging, entertaining and well written.

Laura Dave is the #1 New York Times Bestselling Author of The Last Thing He Told Me and other novels including Eight Hundred Grapes. Dave’s fiction and essays have been published in The New York Times, ESPN, Redbook, Glamour and Ladies Home Journal. Dubbed “a wry observer of modern love” (USA Today), Dave has appeared on CBS’s The Early Show, Fox News Channel’s Fox & Friends and NPR’s All Things Considered.  Cosmopolitan Magazine named her a “Fun and Fearless Phenom of the Year.” Several of her novels have been optioned for film and television with Dave adapting  her latest book for Hello Sunshine and Apple.