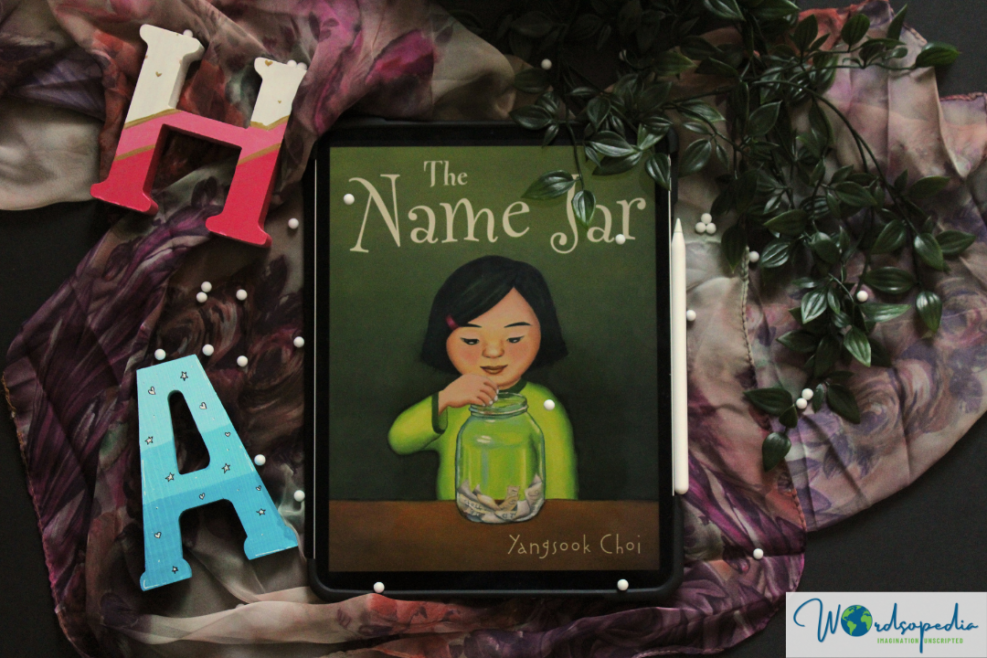 The Name Jar by Yangsook Choi is an adorable picture book with an equally beautiful message.

The central character in the story is little Unhei, a young girl who has recently moved from Korea to U.S. The shift in culture fills her with anxiety. She is worried if her new classmates will like her. When a few kids on the bus make fun of her name, she decides she needs a new American name. Her classmates come up with the idea of a name jar to help her choose her new name; but one day the name jar vanishes.

Despite it being a children’s book, the message is for both children and adults alike. Choi’s work helps us understand the differences in culture. Also, it teaches one to be proud of their culture, customs and traditions.

We can use this book as a classroom resource to introduce the concept of diversity, multi-cultures, and acceptance. The illustrations are bright, colorful, and detailed. Language used is simple, and familiar to early readers. It’s a good read-aloud book as well.

It’s a quick read, but quite impactful and meaningful.

The Name Jar is not just the new girl’s journey to become Unhei; it opens windows to acceptance and inclusion.

Yangsook Choi grew up in Korea. She started drawing at age 4 and loved telling her grandma scary stories. After moving to New York to pursue her art, she has written and illustrated many books for young readers. Her books have been acclaimed as “Best of the Best” by the Chicago Public Library, included on the American Library Association Notable Books List, and have received the International Reading Association’s Children’s Book Award.

Her past jobs include waiting tables at a Korean BBQ restaurant, flying as a flight attendant, handwriting a message on a life preserver, and drawing tiny pictures on fake nails.

When she is not creating, she loves to spend time with children in her community and around the world. The local children in a shelter, the mountain children in the Himalayas, the Bedouin children in the Arabian desert, the orphans in flooded Cambodia, and the North Korean defector children are among her greatest teachers.

We Should All Be Feminists

The Liberation of Sita

[…] Early readers can read this book on their own. The illustrations are cute, colorful, inclusive and diverse. […]