We Should All Be Feminists 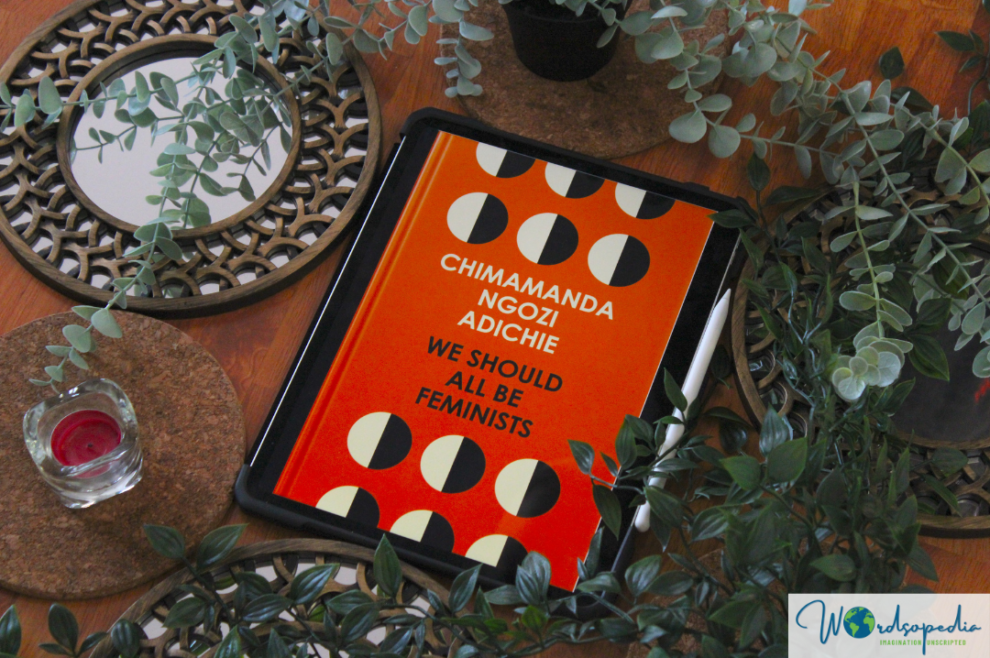 We Should All Be Feminists, by Chimamanda Ngozi Adichie is a modified version of her much-viewed TEDx talk of the same name.

It would be wrong to dismiss this book as another run-of-the-mill essay. For it is much more than that. It’s a deeply passionate book based on Adichie’s experiences while growing up in Nigeria. Though the episodes are drawn from Nigeria, every woman irrespective of her culture and origin can identify with them.

Adichie is a master storyteller, and like all her stories, this too has her trademark. She conveys her points in a witty, hard-hitting manner, without sounding preachy.

Adichie addresses the stigma associated with the word ‘feminist’. Feminism is not about hating bras, men or culture; but it’s about achieving equality in a world where gender disparity is growing wider every day. Being ignored, or treated as invisible or lesser beings have been experienced by many women.

Few excerpts from the book which truly touched my heart: –

“If we do something over and over again, it becomes normal.”

“A man is as likely as a woman to be intelligent, innovative, creative. We have evolved. But our ideas of gender have not evolved very much.”

“We spend too much time teaching girls to worry about what boys think of them. But the reverse is not true.”

“We stifle the humanity of boys. Masculinity is a hard, small cage, and we put boys inside this cage.”

“We teach girls to shrink themselves, to make themselves smaller.”

We Should All Be Feminists, is a book which would help the reader unlearn the lessons of gender. It starts the much-needed discussions on this topic.

I read the book, after my daughter and I listened to the TED talk; and I would recommend this book to all. It’s a thought provoking, and much needed book.

Zikora is a short story written by Adichie where she touches upon various issues – plight of women, maternal mortality, single motherhood, polygamy, societal expectations, and misinformations about female body, pregnancy and sexuality.

Chimamanda Ngozi Adichie’s work has been translated into over thirty languages and has appeared in various publications, including The New Yorker, Granta, The O. Henry Prize Stories, the Financial Times, and Zoetrope. She is the author of the novels Purple Hibiscus, which won the Commonwealth Writers’ Prize and the Hurston/Wright Legacy Award; Half of a Yellow Sun, which won the Orange Prize and was a National Book Critics Circle Award Finalist and a New York Times Notable Book; and Americanah, which won the National Book Critics Circle Award and was named one of The New York Times Top Ten Best Books of 2013. Ms. Adichie is also the author of the story collection The Thing Around Your Neck.