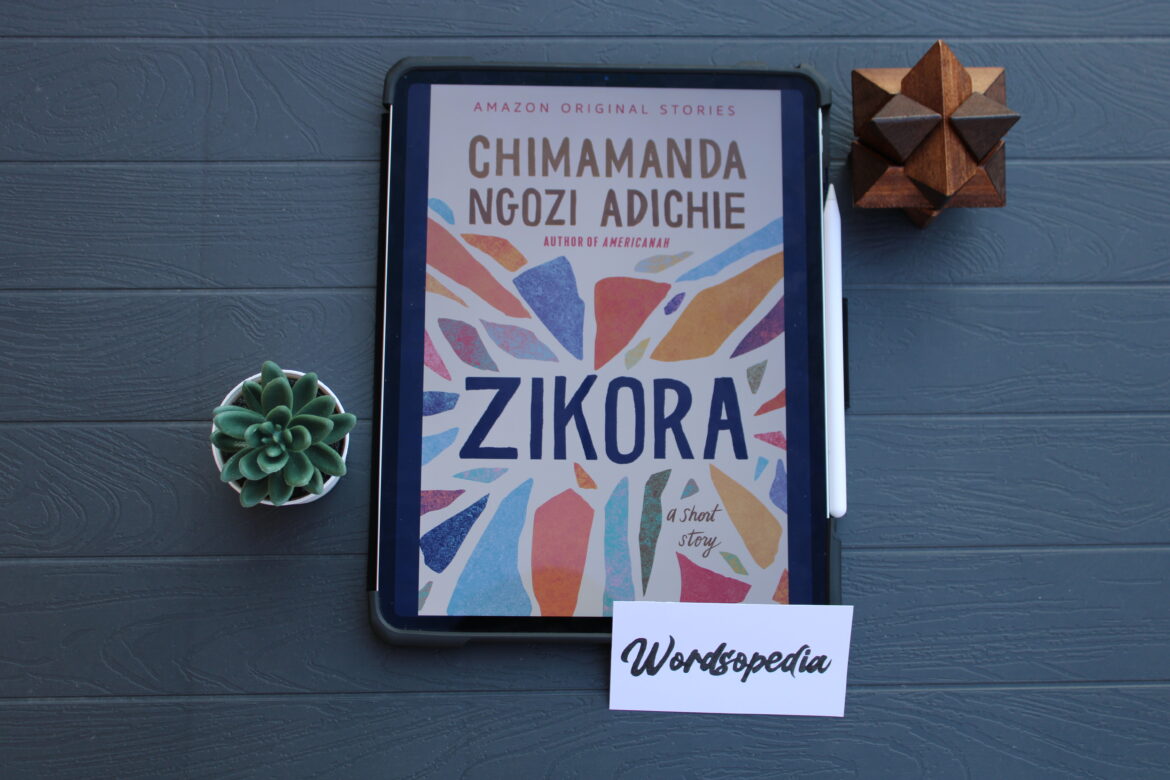 Zikora is a story written from the heart.

The protagonist Zikora, a Nigerian woman, practising law in DC, America is in an almost perfect, too good to be a true relationship with Kwame, a well placed black American. Unfortunately for her, the blossoming love goes downhill, and she finds herself alone with a bulging belly. Kwame, the top-notch lawyer deciding to take the easy way out as Zikora announces her pregnancy. His assurance of ‘I’ll take care of everything,’ conveys his reluctance. Unfazed, Zikora carries on with the pregnancy.

And yet every moment, she can’t help but think of Kwame. “I read somewhere that love was about this, the nuggets of knowledge about our beloved that we so fluently hold.”

Her only support through all this is her cousin Mmiliaku, ‘water’. She is the cousin who is kind, graceful and caring. The one who lives life as expected by society. She marries because it’s time. She gives up her job and stops meeting single friends, for that is expected of her by her husband Emmanuel.

“Zikky, it won’t be easy, but it won’t be as hard as you think. How you imagine something will be is always worse than how it actually ends up being,”

Zikora’s feelings as a new mother are very real and touch a chord.

“I was suspended in a place of no feeling, waiting to feel. I could not separate this moment from the stories of this moment—years of stories and films and books about this scene, mother and child, mother meeting child, child in mother’s arms. I knew how I was supposed to feel, but I did not know how I felt.”

She shares a frosty relationship with her mother, which thaws post her delivery. The birth of her son brings Zikora closer to her mother, for it is only then, she sees her mother for who she is – a wronged woman, who had acquiesced her position to a younger woman.

It’s a short story fully packed with emotions, leaves the readers with a lot to ponder upon and contemplate on their own relationships with friends and family.

A must read for all Adichie fans.

Sharing another quote I loved –

Chimamanda Ngozi Adichie’s work has been translated into over thirty languages and has appeared in various publications, including The New Yorker, Granta, The O. Henry Prize Stories, the Financial Times, and Zoetrope. She is the author of the novels Purple Hibiscus, which won the Commonwealth Writers’ Prize and the Hurston/Wright Legacy Award; Half of a Yellow Sun, which won the Orange Prize and was a National Book Critics Circle Award Finalist and a New York Times Notable Book; and Americanah, which won the National Book Critics Circle Award and was named one of The New York Times Top Ten Best Books of 2013. Ms. Adichie is also the author of the story collection The Thing Around Your Neck. Get in touch with the author on her website.