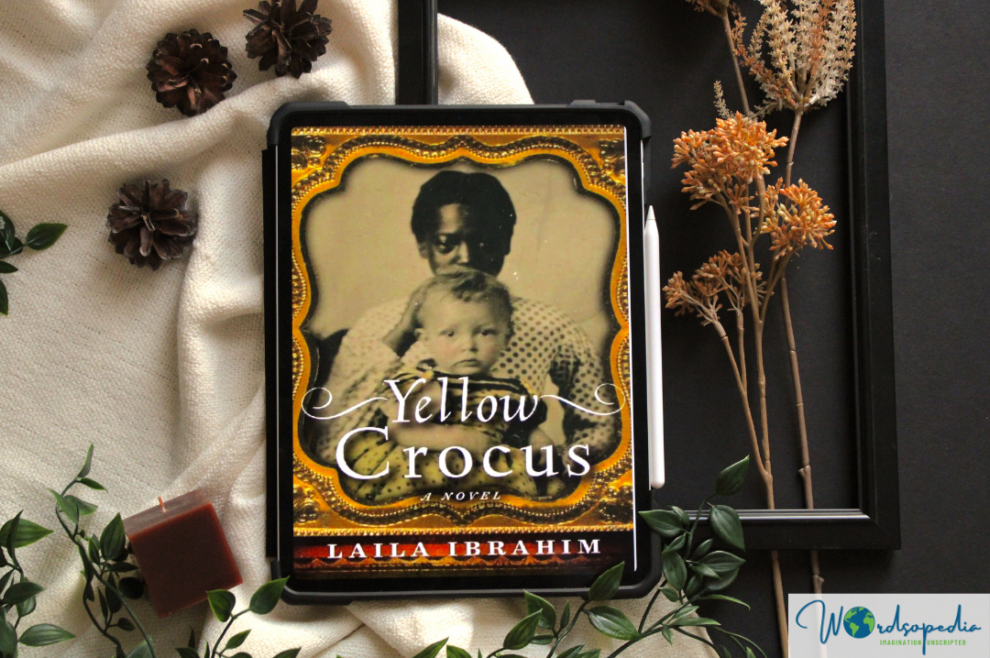 Yellow Crocus by Laila Ibrahim is a story set in pre-civil war America (1800s) in the plantations of Virginia.

The novel follows Lisbeth (Elisabeth) Wainwright, daughter of a wealthy plantation owner, and Mattie, an enslaved black woman who works and lives on the plantation. At 19, Mattie’s employers force her to hand-over her newborn son to another woman so she can become a wet-nurse to little Elizabeth. Though resentful at first, Mattie soon grows fond of Lisbeth. An unexpected relationship blossoms between the two characters, which enhances as time passes. Their lives undergo remarkable changes and they are separated when the civil war looms closer to home. When Mattie and Lisbeth meet after 9 years in a different place, under different circumstances, the reunion is bitter sweet.

This is the second book I have read this year on the same topic. The first one was Yellow Wife by Sadeqa Johnson, and I must say, Yellow Crocus comes nowhere close to it.

Ibrahim’s writing does not bring to fore the harrowing harsh realities of slavery. The disconnect between ground realities and its portrayal in the story is too wide. Rather, the entire story focuses on the relationship between a white girl and a black slave, with slave trade acting as a backdrop.

I don’t know which is worse in this story—the vagueness of the story or the missing show element. There are so many instances which are highly telling—a major put off! I really wanted to ‘see’ and ‘hear’ Elizabeth’s thoughts and feelings, see her family, her interactions with others. I craved to see Mattie’s journey when she escapes to Ohio… but there was nothing to be seen…

My biggest complaint is regarding the unrealistic character development, especially of the main protagonist Lisbeth. I find it hard to believe that a 21-year-old who has been surrounded by slaves all her life has never thought about the paternity of lighter-skinned slaves. Ibrahim has bluntly marked ‘the characters’ we are supposed to like for their ‘goodness,’ and the ones we should despise, but their characters were just bare bones which desperately needed flesh!

To further add to my disappointment, as the series of events progressed, it became predictable and improbable. The massive jumps from one phase of Lisbeth’s life to another left me with so many unanswered questions! I understand the story is progressing over two decades, narrated with varied POVs, but the gaps are unjustified.

The ending is rushed and unsatisfactory, and Ibrahim has left many loose threads. I am not sure if it is intentional, considering that this book is part of a trilogy.

This may seem more like a rant and less of a review. Historical fiction is my favourite genre, and I had a lot of expectations from this book, which have been washed away!

Laila Ibrahim is a passionate author with a Master’s degree in Human Development. After founding the Woolsey Children’s School, she set out to write stories of multiculturalism, and love. Her first book, Yellow Crocus, was independently published in 2011, and republished by Lake Union in 2014.