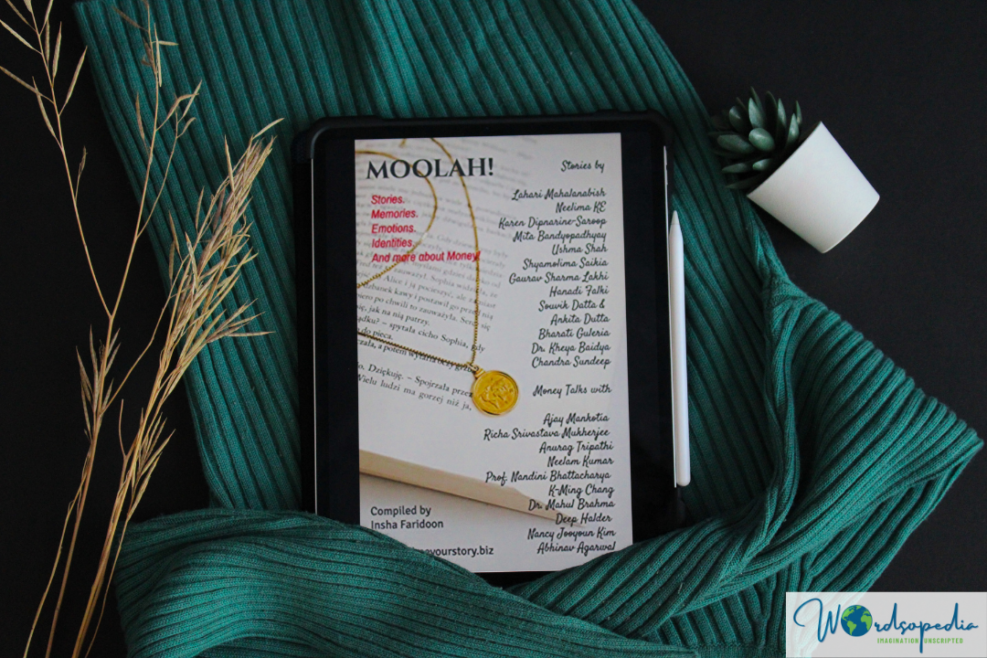 Mona lets out the breath she had been holding for long. She nods and pretends to pay attention to his monthly sermon, which is about to start soon. There’s no need to pay attention, though. She knows it would last for exactly 12 minutes. He would first explain the importance of money, inflation, his hardships, and how hard he had to work to feed the family. Then he would complain about the insufficient dowry he received and finally wrap up his lecture by complaining about the government and the leader of the country who could never understand his troubles, for the leader was not a family man like him.

These excerpts are from my story ‘The Value of Nothing‘ which is part of this collection called ‘Moolah!: Stories. Memories. Emotions. Identities. And more about Money.’

Complied by Insha Faridoon and published by Tell Me Your Story (TMYS), this anthology has twelve short stories and ten interviews of published authors on various aspects of money.

Money has many colours. Of hope, of deceit, of jealousy and secrecy, of bindings and dilemma, liberation and revenge and sometimes, just about nothing, even in a sea of wealth.

You can purchase your copy of ‘Moolah!: Stories. Memories. Emotions. Identities. And more about Money.’ here on Amazon.