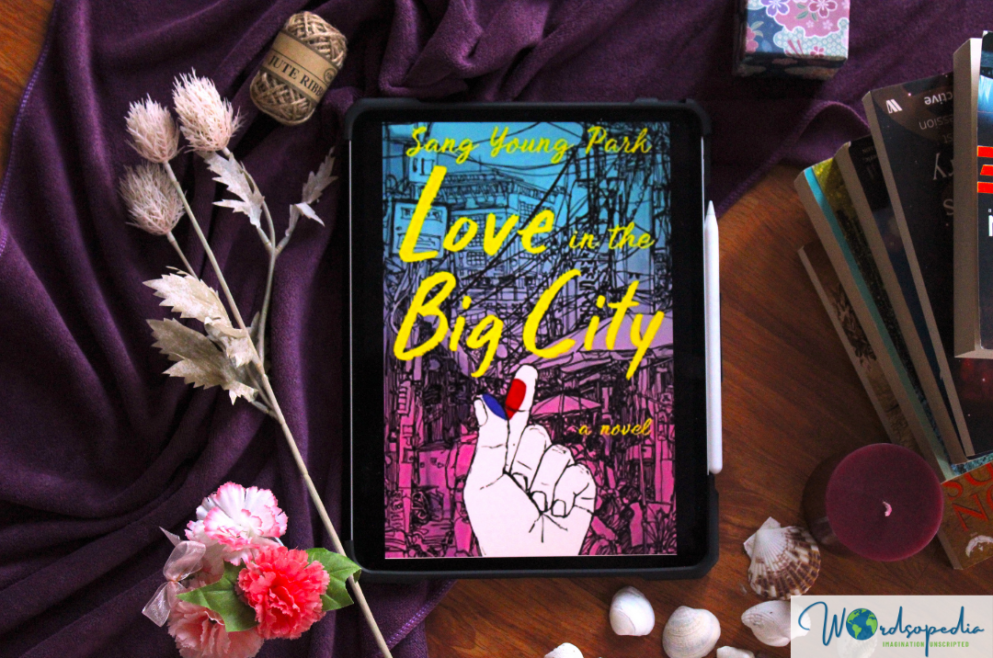 Love in the Big City by Sang Young Park is a contemporary adult fiction novel set in Seoul where we journey with Young, a young Gay man, as he goes through life. Originally written in Korean in 2019, the English translation is by Anton Hur. It is about the emptiness which becomes part of one’s life and searching for love while struggling to survive in the big city.

It is narrated in four parts, with each story corresponding to a distinct phase of the narrator’s life and his relationship with his friends, partners, mother and lovers.

The story begins with Young as a college student–drinking, having fun and having a lot of bed partners. Titled Jaehee, the first story revolved around his friendship with his female room-mate and friend Jaehee, at least until her marriage.

The tone changes in the second story with the arrival of an older partner. A student activist who holds polar political views deeply affects Young. Here we are also introduced to the troubled relationship he has with his ill and deeply religious Catholic mother.

In the third story, Young finds the love of his life, Gyu-Ho, a bartender who moves in with him. Filled with sex, arguments, fights and light moments, it reveals various aspects of their personalities.

The last part is set in Bangkok, where he is vacationing with an older guy after having broken up with Gyu-Ho. However, his heart is still missing his first love.

I am a big-time K-Drama fan, and was hoping to get a similar feel from this novel (blame it on the really cute cover!) However, reading it was a completely unexpected and disappointing experience altogether. I came close to abandoning the novel four times, but still picked it up every time, hoping that it would be worth the efforts. Unfortunately, it wasn’t.

Young’s life as a Gay man is filled with struggles, confusion and disease. He has STD, which he creatively calls Kylie! Though he is funny and sarcastic, I could neither empathize with his struggles nor understand the choices he was making. This is not my first LGBT book. I’ve read quite a few where the protagonist is Gay, Lesbian or Queer. Young didn’t touch my heart the way Kanishka Nurzada in Nemat Sadat’s Carpet Weaver or Fatima from Six Metres of Pavement by Farzana Doctor did.

Let me tell you what did not work for me –

I firmly believe every book finds its reader, and Love in the Big City did not work for me. Going by the reviews, I might be in the minority; but it is what it is!

I received an advance reader’s copy from Grove Press through NetGalley.

Sang Young Park was born in 1988 and studied French at Sungkyunkwan University. He worked as a magazine editor, copywriter, and consultant for seven years before debuting as a novelist.